Hello
Thanks for popping in.
The River Ouse flows through Lewes in East Sussex, Cliffe High Street actually goes over the top of it supported by the Grade II listed Cliffe Bridge.  The River rises in West Sussex and winds its way for 23 miles, through 19 locks to Newhaven flowing into the Channel where the ferries go back and forth to Dieppe.  There are many different rivers in England named Ouse, this one used to be called The Great River of Lewes and apparently, Ouse was a rhyming contraction of that.
Harvey's Brewery, founded in 1790, is positioned right next to it at Lewes. 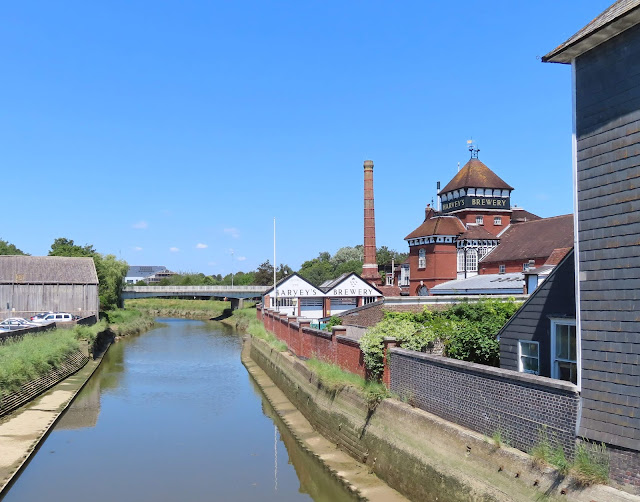 You can just see the Cliffe High Street Bridge below. 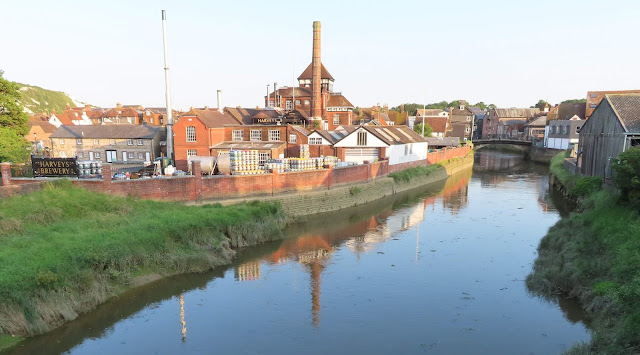 Looking past that Bridge, the River looks a bit murky! 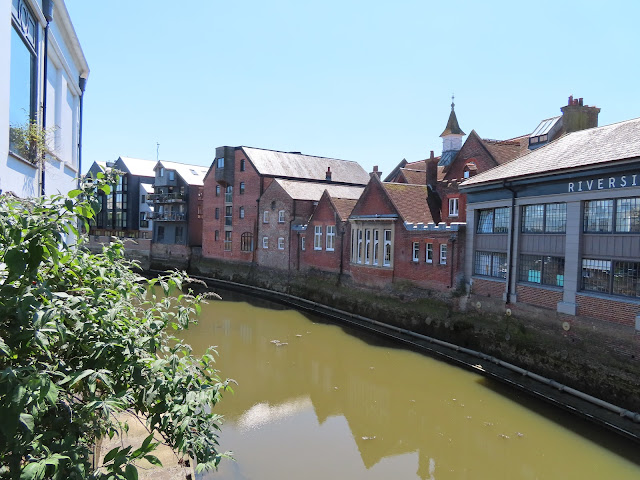 It's very pleasant walking alongside the River away from the town through the countryside where there are plenty of benches and even a Tesco perfectly positioned to get some sandwiches for lunch.  The path passes through a recreation ground before another pedestrian bridge offers the choice of returning to the town or setting off further up river. 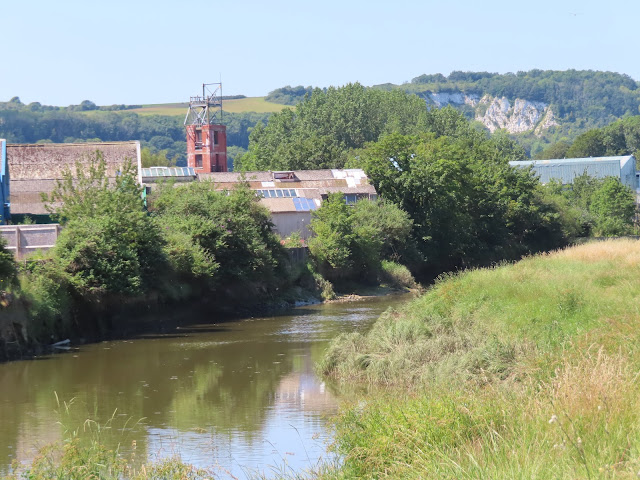 Heading in the opposite direction, the nature reserve and white chalk cliffs offer an excellent walk. 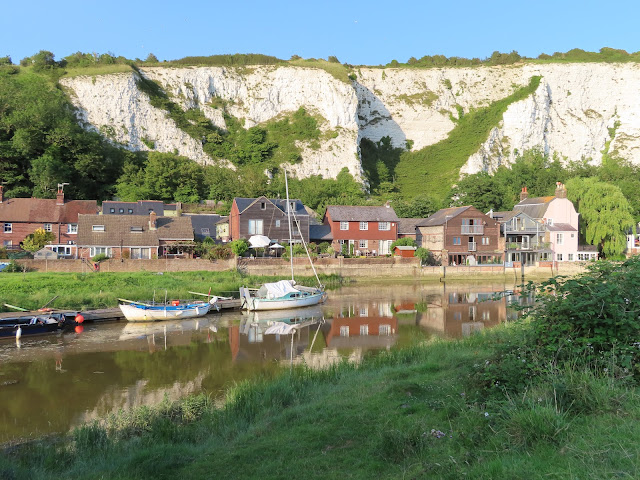 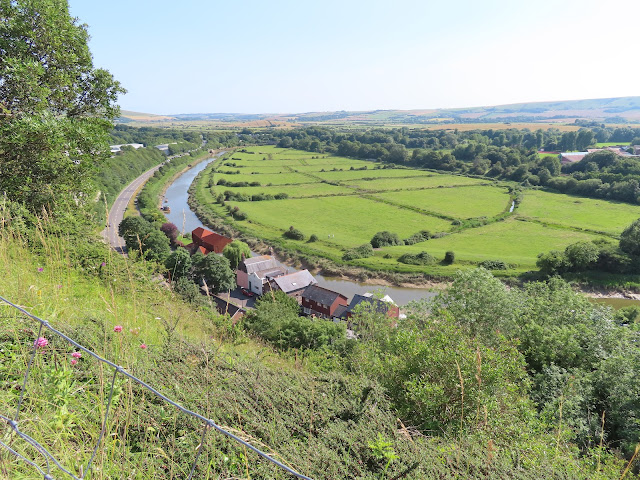 Each year there's a home made raft race on the River known as the Ouse Summer Raft Race, where rafts are likely to be pelted with eggs, flour, seaweed and water on their way from Lewes to Newhaven.  This year's theme is the Tokyo Olympics.
Another claim to fame is that Virginia Woolf drowned herself in the River near Rodmell, not far from Lewes, in March 1941.
Cheerio
Posted by Crimson Kettle at 06:00:00

Email ThisBlogThis!Share to TwitterShare to FacebookShare to Pinterest
Labels: Lewes