Today, we're visiting the 12th Century Cluniac Priory of St Pancras in Lewes.  Entering the site, the  footpath up the tall grassy Mount gives the visitor a good view of the remains of the Priory and surrounding countryside,   To the left of the Mount is the Dripping Pan, now used for football with Lewes FC established there in 1885. 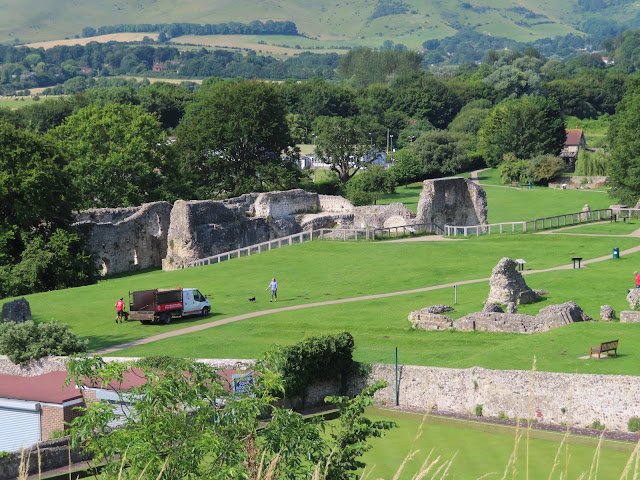 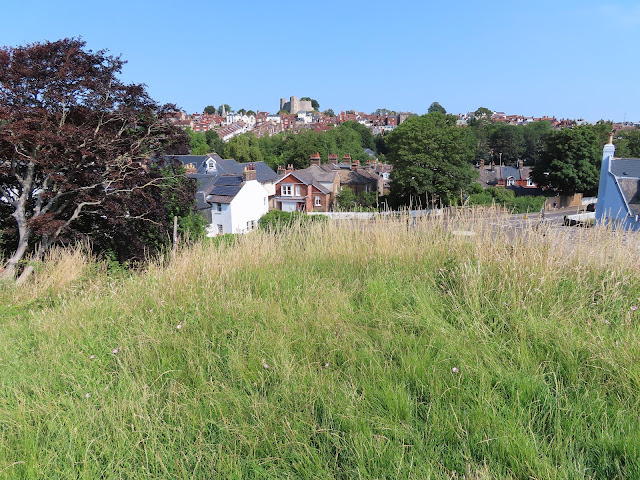 With the really hot temperatures we've been having, the absolute best place to be at 9 am is in the Priory Herb Garden.  Oh, the warm, heady, herby scents as soon as you open the gate! 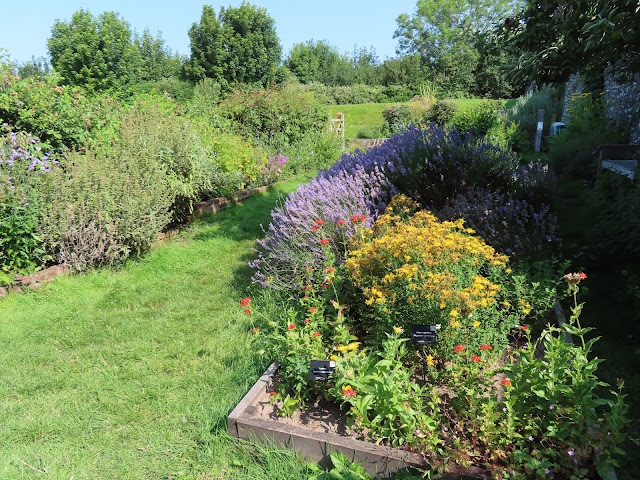 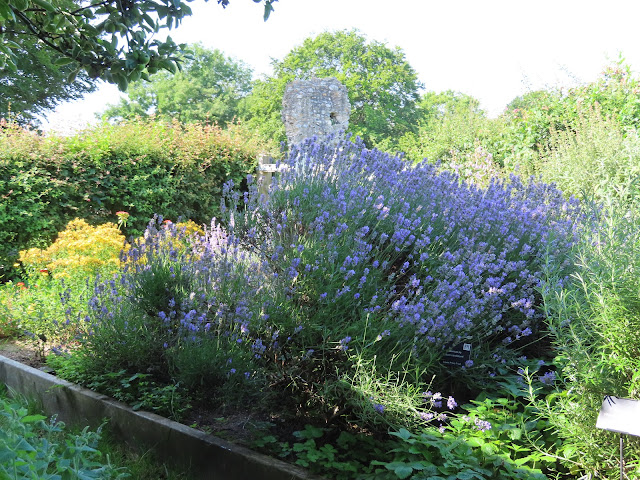 The Priory was built by William de Warenne in the 11th Century and survived until the Dissolution of the Monastries in the 1500s.  It was dedicated to the Benedictine Order of Cluny based in France and became one of the wealthiest monastries in England.  100 monks lived there during the 12th/13th Centuries reducing to 24 at the Dissolution. The duties of the monks were prayer and contemplation with them attending 8 services through day and night in a 24 hour period.  Many other people worked there like mill workers producing flour for bread, gardeners tending their vegetable plots, fishermen, brewers and pigeon keepers.
The ruins show the Priory had an Infirmary, a Great Church larger than Chichester Cathedral and many other buildings.  Thomas Cromwell owned the site for a short while after the Dissolution. 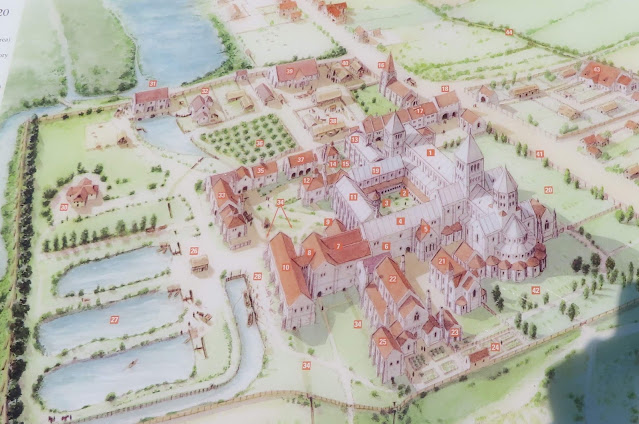 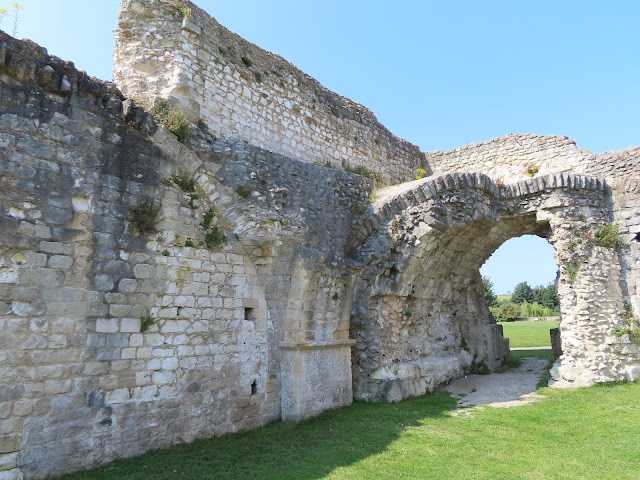 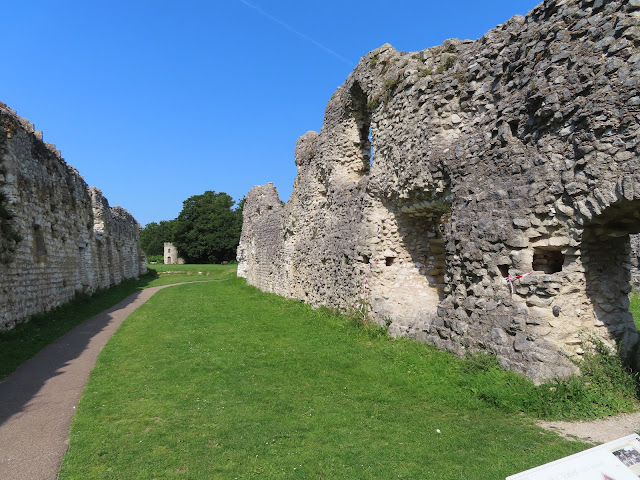 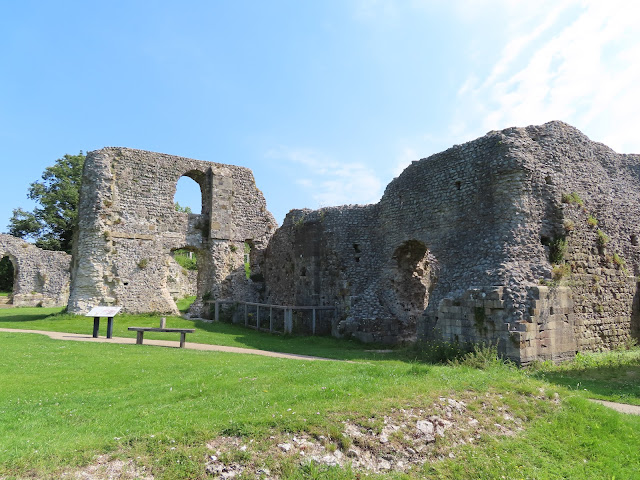 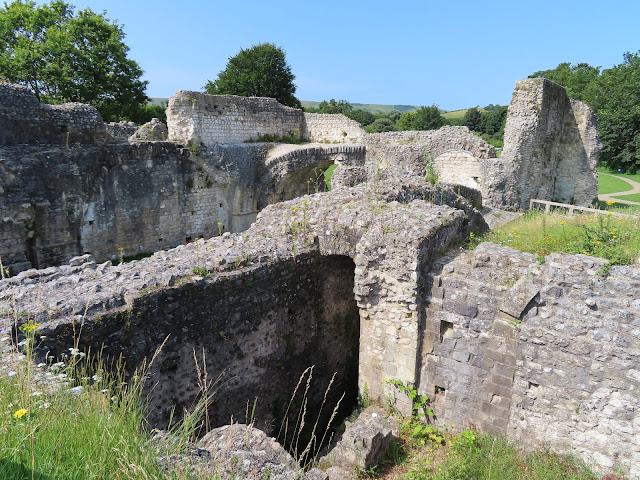 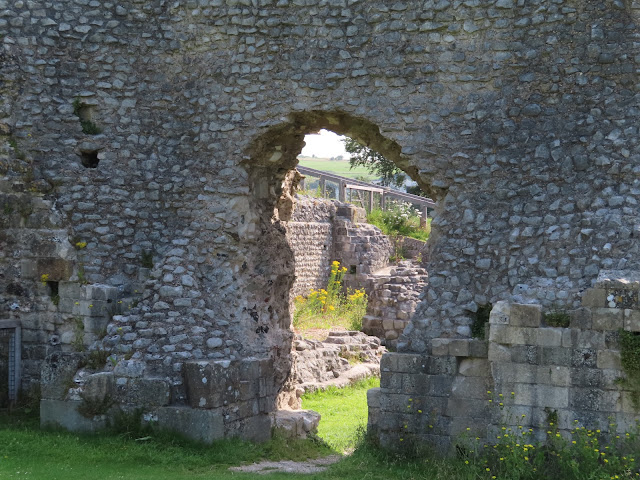 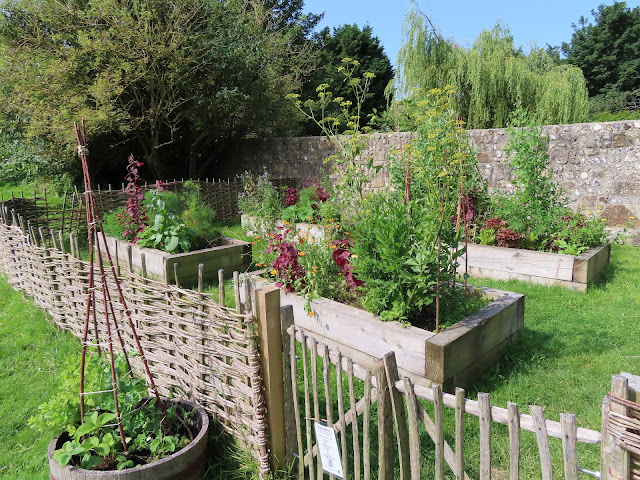 Also on the site is a memorial commemorating 700 years since the Battle of Lewes in 1264. 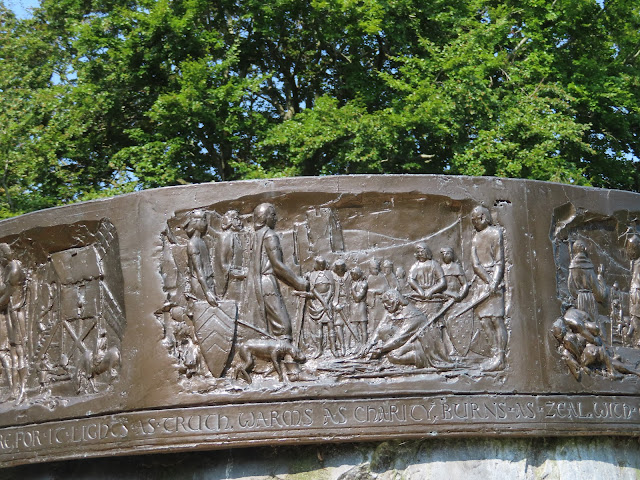 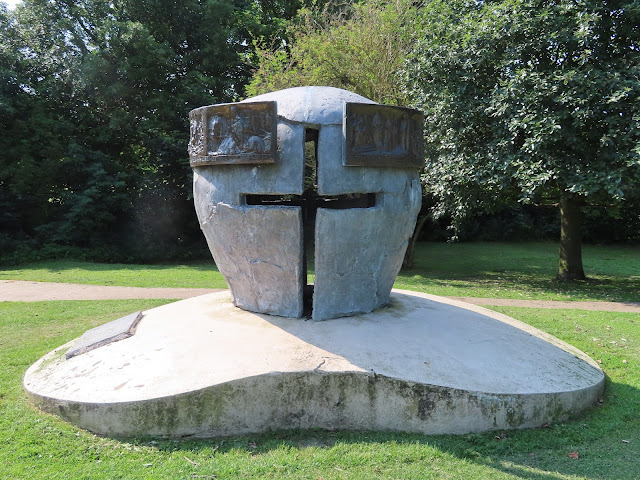 Incredibly, when the Victorians built the railway in Lewes, the line cut the Priory land in half and destroyed the Great Church, Cloisters and Chapter House. 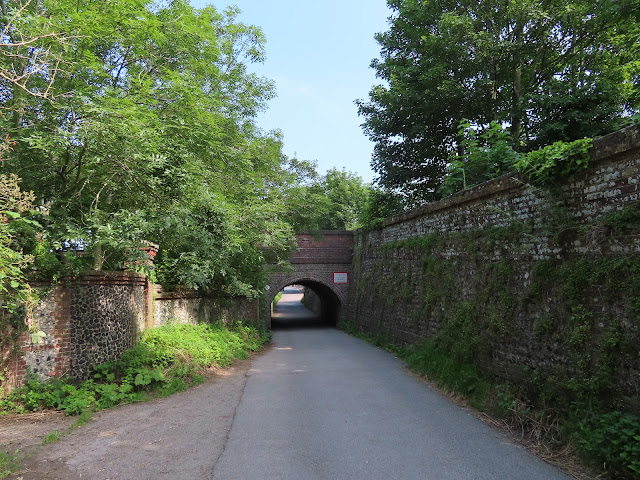 There are some interesting features throughout the town of times gone by. 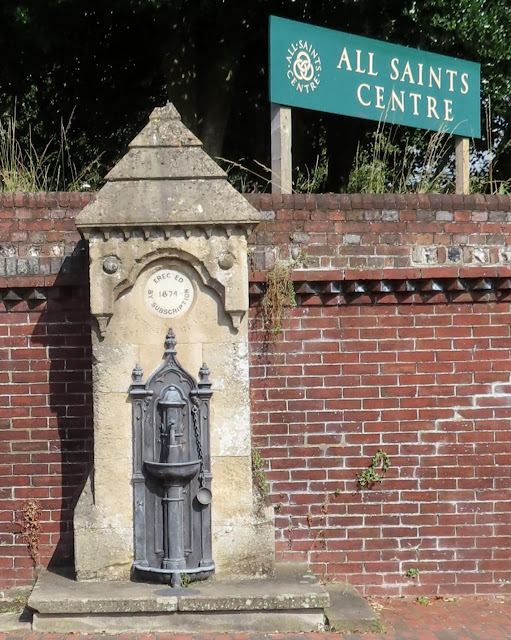 This mural harks back to a Friary near the site. 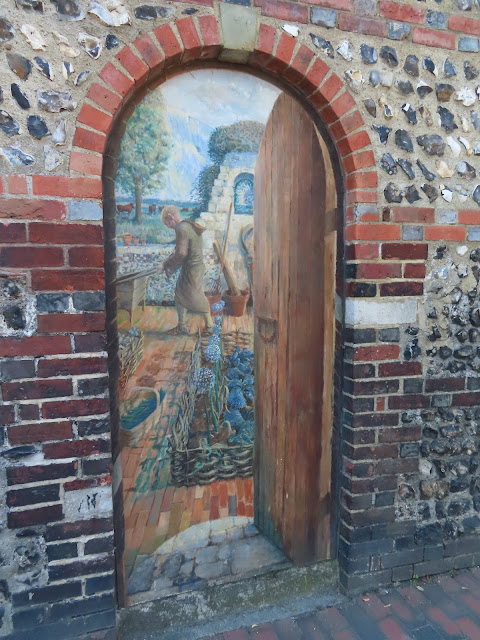 The gate below may have come from a dissolved Grey Friars Friary. 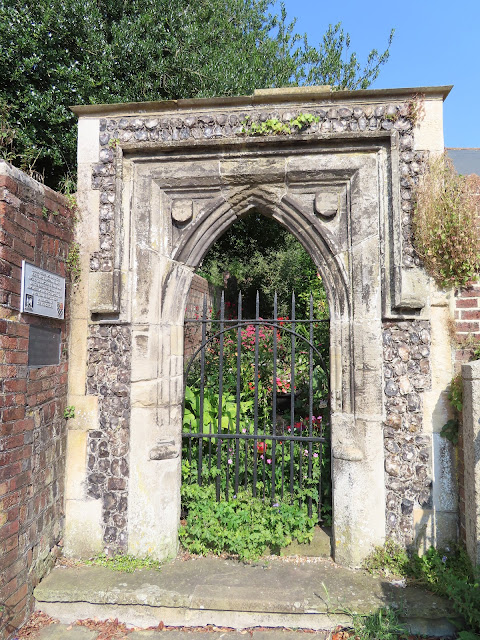 So much to explore!
Cheerio
Posted by Crimson Kettle at 06:00:00