Lovely to see you!

We've spent the week here on the blog in Wallingford, enjoying the town, river and museum and here's the last post, this time featuring the castle.

1.  Wallingford Castle was built on a motte in the 11th Century on the orders of William the Conqueror which became the most prominent castle in Southern England.  It was Empress Matilda's stronghold in the 12th Century during the Civil War with King Stephen.  The town's Charter was granted by her son, Henry II in 1155 in recognition of the town's support, the second town in England to receive such an honour.  There were many royal inhabitants over the years - King John, Henry III's brother Richard, Edward the Black Prince and his wife Joan, Henry V's widow, Catherine de Valois, Henry VI and his guardian Owen Tudor, grandfather of Henry VII.  The Castle was Royalist during the Civil War.  It withstood a 12 week siege in 1646 before surrendering to Parliament and was demolished on Cromwell's orders in 1652.

2.  What's left today are the earthworks on which the walls stood, two fragments of walls and the ruins of the medieval College of Saint Nicholas. 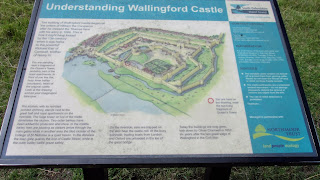 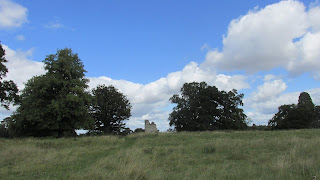 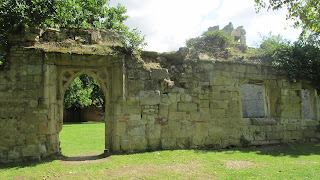 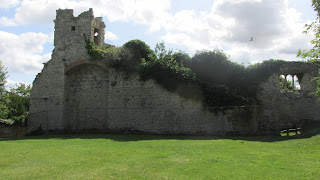 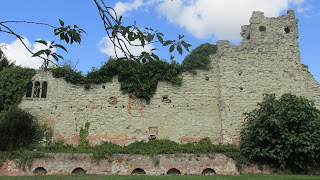 3.  The Castle Gardens are a peaceful park to sit and ponder.  They are well looked after with a rose bed in amongst the varied trees on the different levels. 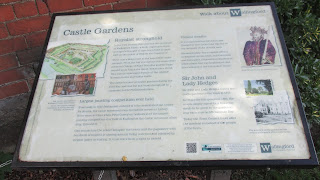 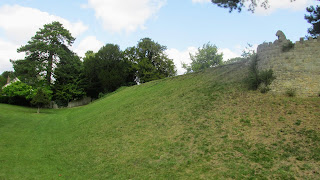 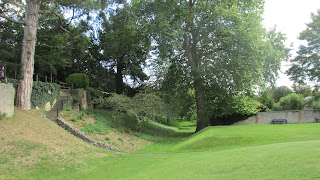 4.  The meadow is now a peaceful area, ideal for wildlife and visitors alike and include two rare floodplain meadows. 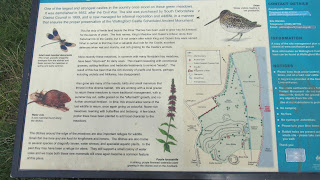 5.  Wallingford's Coat of Arms was granted in 1955 to commemorate the 800th Anniversary of the town's Charter. 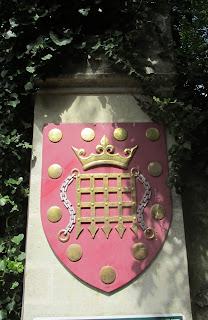