A real feast for the eyes can be found next to a beautiful thatched house in Pembroke Gardens in London's Richmond Park.  Choc-a-bloc with colourful plants as well as glorious roses at their absolute peak of perfection, this gem of a rose garden would give a Chelsea garden a run for its money.  Of course the photos just don't do it justice. 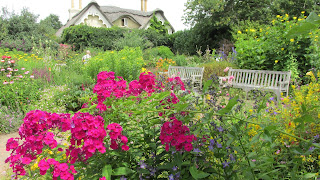 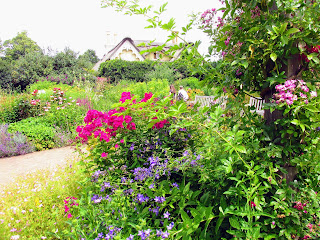 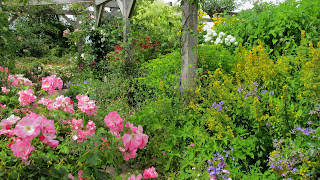 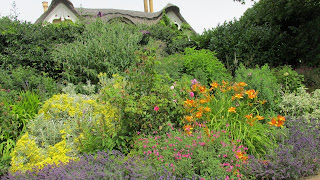 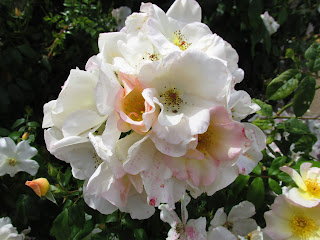 Pembroke Gardens themselves belong to Pembroke Lodge, which as well as being a Tea Room open to the public, is also a wedding venue.

However, the famous people that have lived and visited it, since being built around 1754 as a molecatcher's cottage, is staggering. Enlarged by Sir John Soane and Henry Holland on request of King George III for the Countess of Pembroke, the Lodge went on to be home to Prime Minister Lord John Russell whose visitors included Queen Victoria, Gladstone, Palmerstone, Garibaldi, Dickens, Tennyson, Thackery and Lewis Carroll amongst others.  Bertrand Russell spent his childhood there.

It was requisitioned during WW2 by the Phantom Squad GCHQ Liaison Regiment for its Officers quarters, a member of which was David Niven.

Also within the Gardens is King Henry's Mound which has a protected view to St Paul's Cathedral.  No building is allowed to impede it.


I'll leave you with some deer enjoying a shady rest under one of the Park's trees. 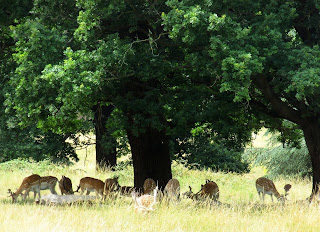 Email ThisBlogThis!Share to TwitterShare to FacebookShare to Pinterest
Labels: Richmond