After hurtling along in the Eurostar from St Pancras in London through Lille in France to Brussels in Belgium in just over 2 hours, a change of train was necessary to get us to Antwerp in about another 45 minutes.  It can be a bit confusing with two languages to deal with, two names for each town, but we jumped on the train with a couple of minutes to go and kept our fingers crossed.

Antwerpen-Centraal is spectular, both inside and out.  According to Wikipedia, it was voted the World's fourth most beautiful station in the American Newsweek in 2009 and first in 2014 in the  British/American magazine Mashable and is considered the finest example of railway architecture in Belgium.

Built between 1895-1905, the stone clad building with impressive dome has an enormous 185m long red iron and glass trainshed attached. 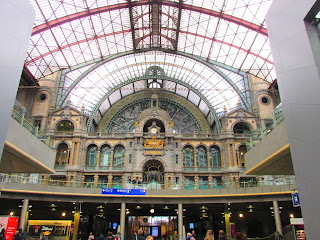 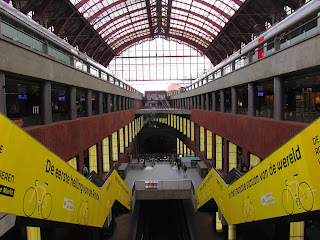 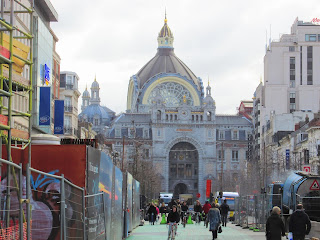 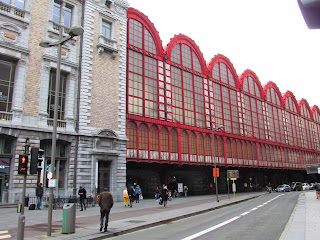 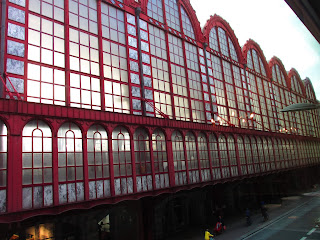 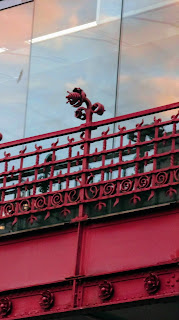 Luckily our hotel was opposite, very convenient, so we could watch the trains arrive at first floor level as the sun shone on the glass and the City's residents busily cycled to work below. 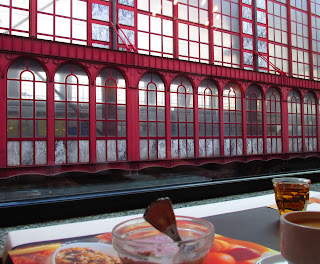 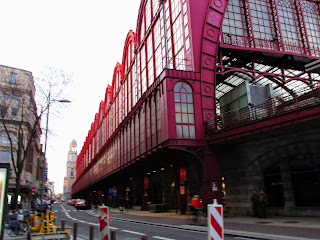 Leading from the trainshed, is a long viaduct,  decorated with different tiles and towers. 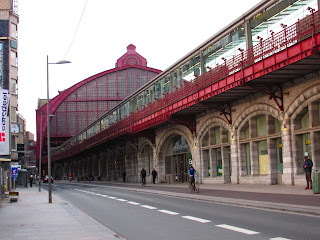 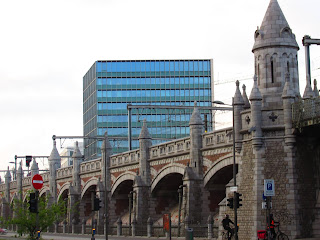 The station was renovated and extended in 2009.

A very promising start to the trip!

Email ThisBlogThis!Share to TwitterShare to FacebookShare to Pinterest
Labels: Antwerp