It's a bit chilly here, quite a contrast to yesterday's post!  I was glad to be at the Park early in the low sunlight before dashing off to the shops for the umpteenth time this week. 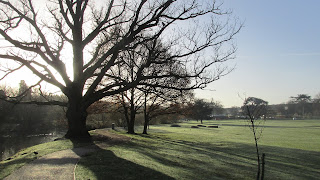 The beautiful pale colours and long shadows were a real treat but oh how I missed my gloves! 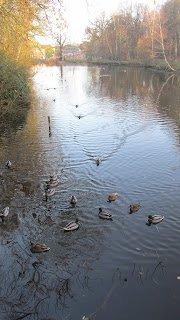 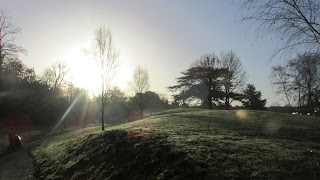 Fancy there still being a rose about. 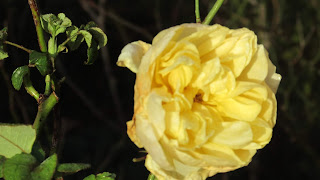 Inside in the warm, things were hotting up in the theatre as preparations were being made to greet all the school children arriving soon to see Dick Whittington and his Cat.  Oh yes there were! 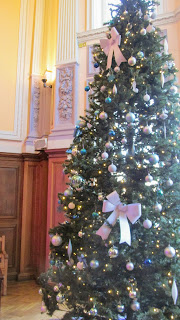 This work centres on the commonalities of world folklore, drawing on folktales told throughout the ages on opposite sides of the world, telling us (like the common threads between languages) there seems to be an unconsciously shared system of belief that was passed down innately, before current natural science became known.
This series will explore the mythology surrounding birds; both messengers of god and the harbingers of evil, birds have captivated the human imagination for millennia, sparking many superstitions and forming many connections in symbolism. 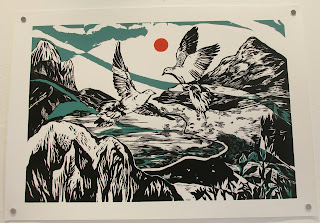 Harriet Brittaine's exhibition of work based on the behind the scenes world of South Hill Park continues. 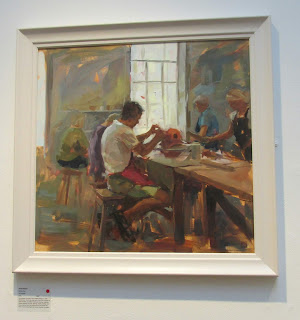 Back home, it was time to rustle up some mince pies.  It's nearly Christmas, you know! 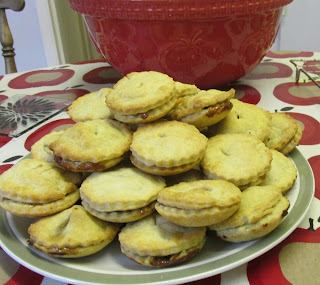