One of the things that made me feel at home in Perth, is all the familiar town and street names.  Today we'll visit Guildford, not the Guildford at the end of my train line at home, but Guildford, Western Australia.

Back in 1829, Captain James Stirling was looking to establish a colony in the West of Australia and decided on the peninsula surrounded by the Rivers Swan and Helena where Guildford is today, it was the furthest point navigable on the River Swan.

By the 1850s it had turned into a thriving market town but only four decades later in the 1890s, the railways had arrived and took over from river transport.  Perth, 12 km away, became the hub.

Guildford is now a Heritage town with four trails to follow.  There is a colonial feel about the houses, a bit different to other suburbs.

Let's have a look around.  Here's the River Swan. 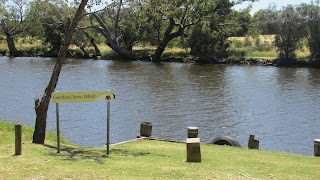 We decided to stop for lunch at Padbury's, one of the town's oldest buildings in town  and originally a store owned by Walter Padbury who was the first Mayor of Guildford.  It was built in 1869. 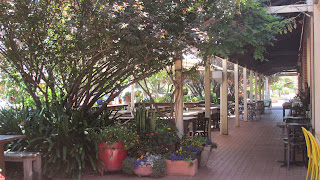 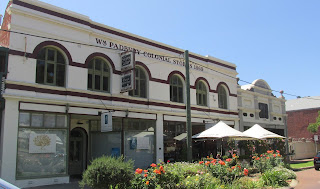 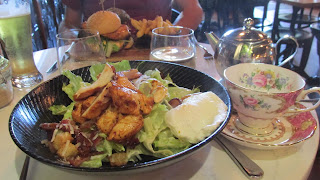 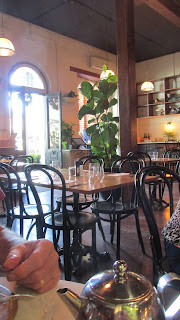 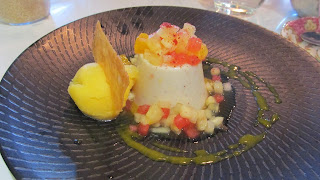 Suitably refreshed we headed off to Guildford Grammar School, established to run like the English Public School system but also accommodating the modern colonial culture.  The 100 acre site is beautifully landscaped on the River Swan, with many buildings including the Chapel of St Mary and St George. 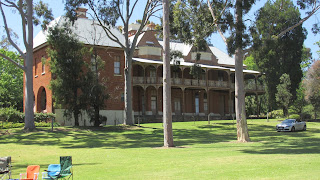 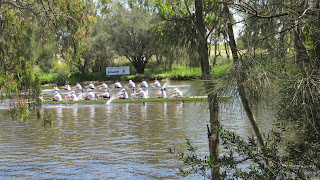 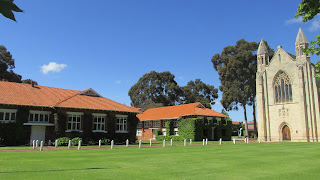 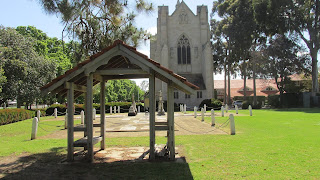 Following the trails along the tree lined streets was a treat. 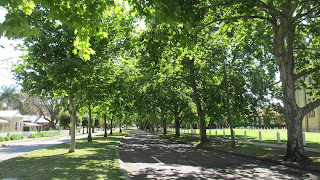 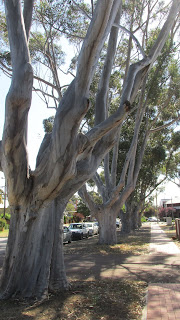 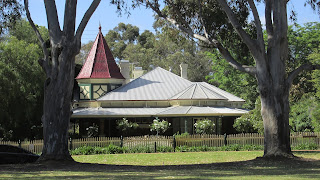 Stirling Park was particularly beautiful with its array of fabulous trees. 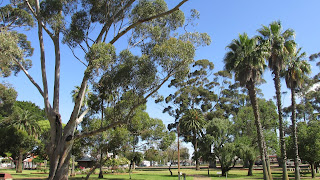 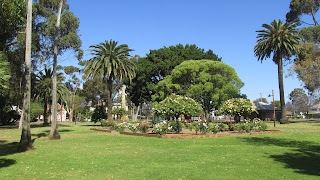 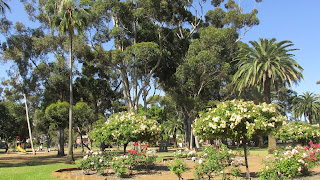 Crossing over the railway line, the road is lined with an array of shops and cafes with official buildings like the post office and town hall. 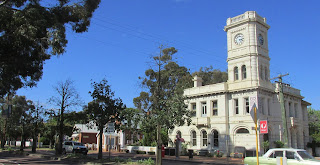 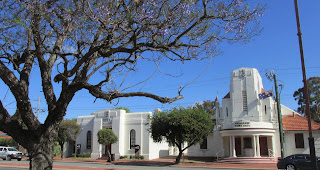 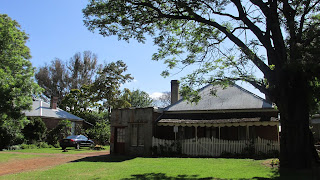 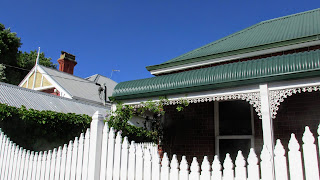 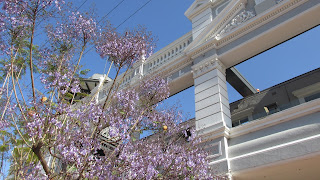 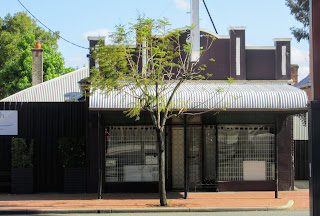 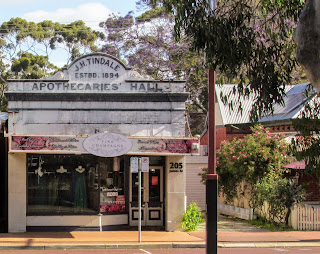 Around the town are a number of information boards giving a glimpse into times gone by. 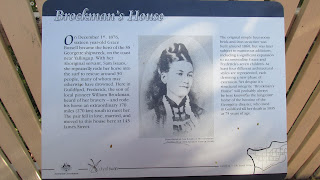 That's two excellent Guildfords both worth a visit!