We're always going to Reading but today we're venturing out West for a bit of a change.

Reading West station isn't that far from the main station, just a bit further up the Oxford Road. 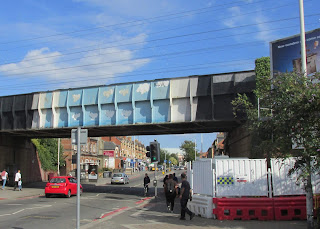 It's easy to forget how hilly Reading is away from the rivers.  Having to climb up the roads off to the left from the station brought to mind my driving lessons and all those hill starts!  The following few photos show me looking down from the top over to the pink stages of the previous week's infamous Reading Festival. The River Thames is right down there too. 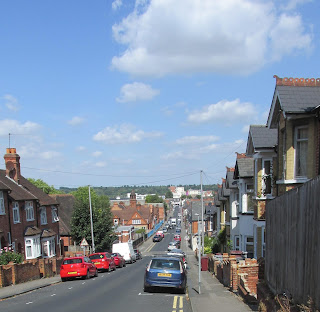 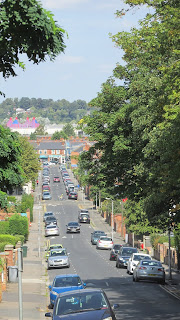 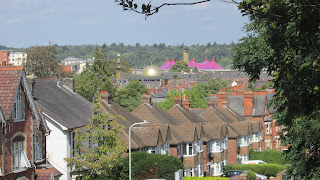 Heading off to the right at the top of the hill, eventually you'll reach Reading's largest park - Prospect Park, which contains the original Mansion House on the very top of the hill, now a restaurant. 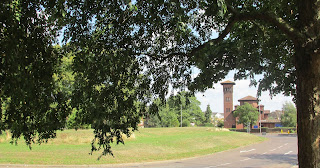 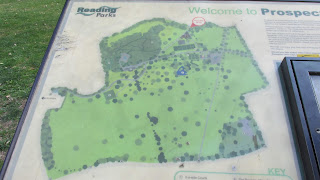 There is a local legend about the owner of the Mansion House,  Benjamin Child and his wife Frances née Kendrick, which turns out to have really happened.

Frances was a beautiful heiress, pursued by many young men keen to marry her but she turned them all down.  When Benjamin Child met and fell in love with her, this time she reciprocated his feelings however all the rivals got together to persuade him, she was just teasing him and  didn't love him at all.  He fled and left her distraught.  How could she let him know she cared?  She challenged him to a masked dual in the Park, of course!  He turned up but she gave him the option to fight or marry her.  They married in Wargrave in St Mary's Church.  Sadly, she died at 35  in 1722 and he ordered a coffin which followed the shape of her body and created a heart shaped pond in the Park.


If we hadn't got of the train at Reading West, we could have gone to Newbury Racecourse for a wool show! 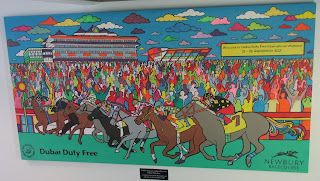 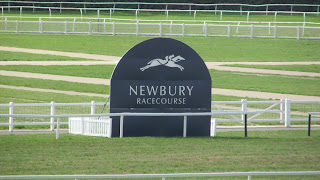 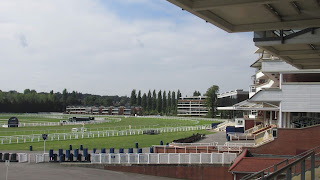