I'm taking you back to Farnham Castle again, see the label above for older posts.

It's such an interesting place packed full with history!  The Bishops of Winchester owned the land from 803 AD.  At some stage a square keep, lower floors built into a mound or motte and the top floors above, was erected.  By the 12th Century when Henry de Blois was Bishop, the top storeys of the square keep had been knocked down and a stone shell was constructed around the original motte.  Other buildings including a chapel, kitchens, palace were sited within the Bailey below the shell keep. 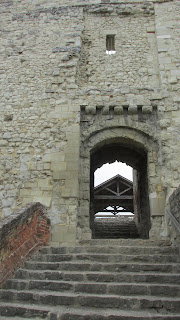 The Bishops of Winchester used the Bishop's Palace at the Castle as a convenient stopover as they journeyed between London and Winchester and the Palace was improved and enlarged over the years.

Whilst the Bishops were resident there, whatever money they made from the estate was their own rather than being ploughed into the church so they became extremely wealthy and influential.

The photo below shows part of Waynfleete's Tower on the right with the oldest part of the Palace on the left, built in the 12th Century. 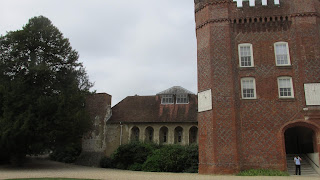 The building on the right contains The Great Hall and Great Stair and was substantially changed inside during the time of Bishop Morley in the late 1600s following the Restoration of the Monarchy. 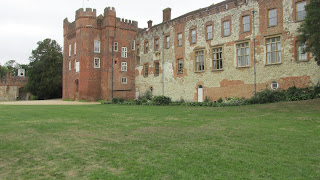 The photo below shows the back of the buildings and rose garden.  You can make out the chapel window, there are two consecrated chapels which are available for weddings nowadays. 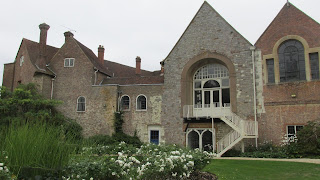 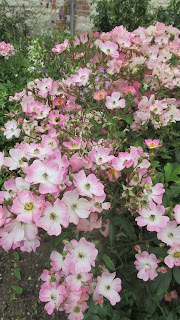 Next time we'll go inside for a tour which they do every Wednesday between 2 pm and 4 pm.

Email ThisBlogThis!Share to TwitterShare to FacebookShare to Pinterest
Labels: Farnham