We're in Birmingham at the moment.  What's the first thing you think of when you think of that City?  No doubt it's the Bullring - one of Birmingham's shopping centres.

It's amazing to think that the centre originated in the 1500's when John Cooper was given the right to bait bulls near the Church of St Martin, which had already been a market area since 1166.

The old, congested buildings were knocked down in the early 1800's as the market traders continued to trade and in 1809 a statue of Nelson was erected there.  Although an indoor market was constructed in the 1830's, it was gutted during WW2.

The iconic Selfridges building was built in 2003, designed by Future Systems in the Blobitecture style, incorporating 15,000-odd spun-aluminium discs on the outside which was part of the whole Bullring shopping centre redevelopment which is what we see today, 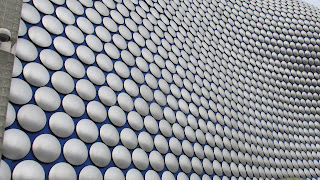 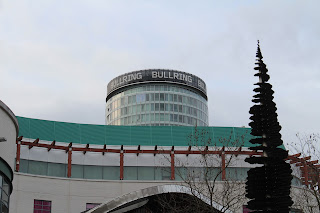 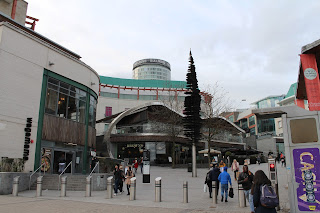 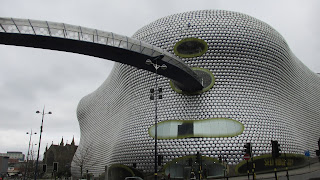 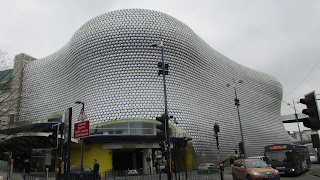 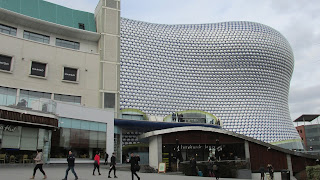 Certainly, a very eye-catching building which perhaps has spurred on the current regeneration process.