I'm sure you are wondering when I'm going to get around to the cathedrals in Norwich!  Today, we're off to visit Norwich Cathedral, built over 900 years ago. Let's have a look round the outside. 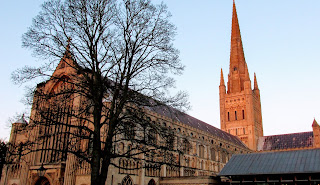 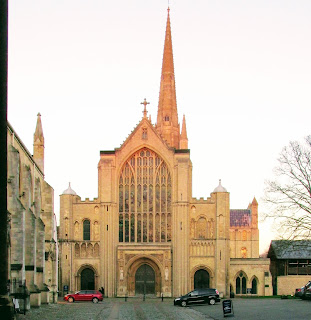 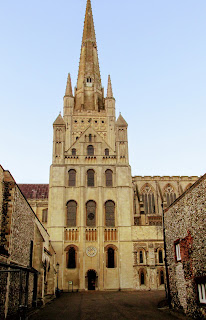 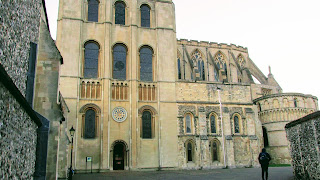 It's spire is the second tallest in England and it's cloisters are the largest, hence it not fitting into the photos very well! 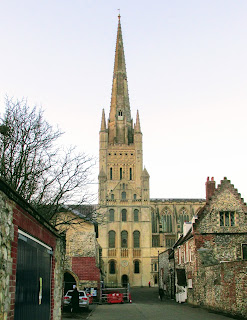 Inside, the Romanesque Nave stretches up to the Gothic vaulting which has over one thousand colourful roof bosses depicting Bible stories. 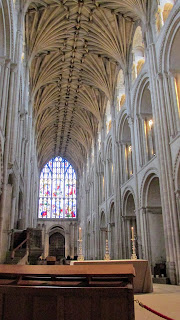 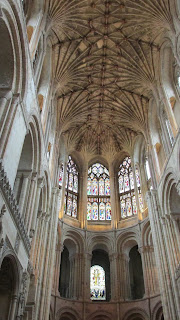 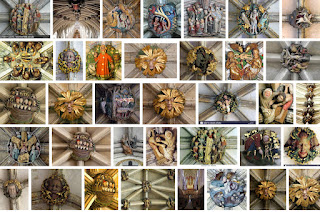 The copper font is striking and was previously used to make toffee in the now closed Rowntree Mackintosh's Norwich chocolate factory. 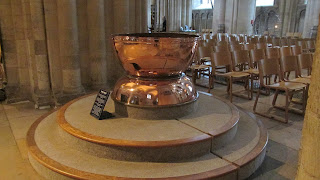 The stained glass windows are impressive.  Most of the medieval glass was destroyed due to the Reformation and Civil War but there are lots of different styles to see.

By William Morris & Co in the style of Burne Jones 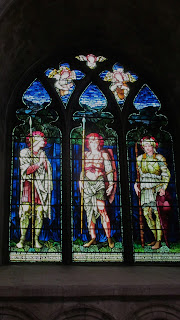 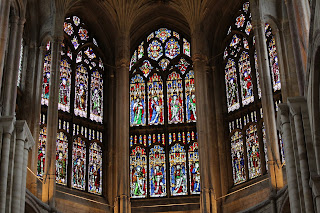 By John McClean and installed in 2014, these three colourful windows give a colourful glow to the area. 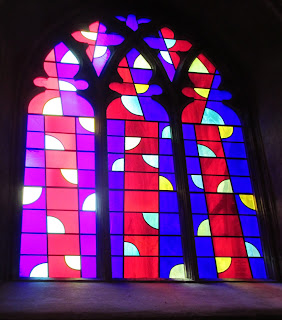 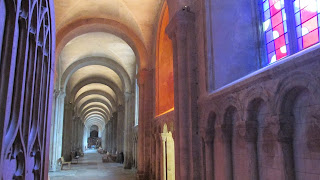 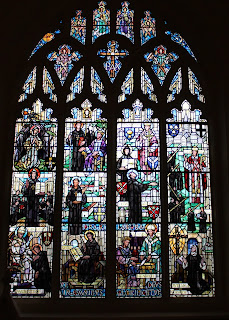 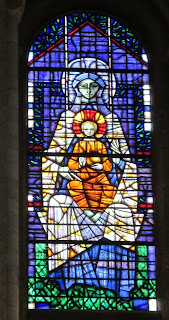 Panels by Keith New at the top and John Hayward at the bottom. 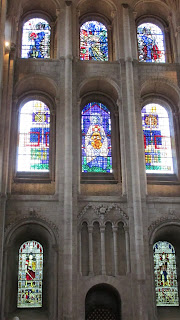 A beautiful grating on the floor. 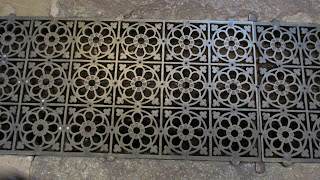 The cloisters are particularly good with a large square of green grass in the centre over which you can appreciate the cathedral itself. 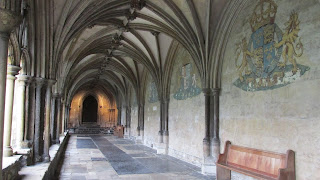 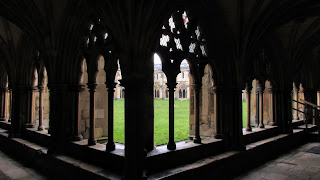 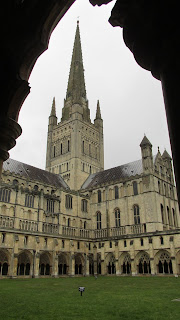 The Cathedral is in the middle of Cathedral close a large area of buildings and a school entered by two gates - Ethelbert Gate and Erpingham Gate.  If you would like to read more about the Close, here's a link with more information.

First World War Nurse, Edith Cavell is buried within the Cathedral grounds and her grave has fairly recently been renovated and rededicated, here's some information. 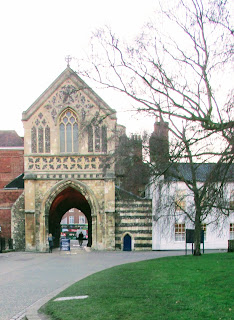 We'll be off to the second Cathedral soon!

Email ThisBlogThis!Share to TwitterShare to FacebookShare to Pinterest
Labels: Norwich