Birmingham has 35 miles of canals which were so busy in Victorian times transporting iron, coal and other heavy goods and chocolate crumb on it's way to Cadbury's chocolate factory, in fact they even installed gas lights along the route.  The major canals contributing to the Birmingham Canal Network (more than 100 miles of canals) are the Grand Union Canal, Worcester and Birmingham Canal, Stourbridge Canal and Stratford Canal.  Commercial traffic stopped in 1980 but the canals provide a charming place to walk where you can take in the history of the area.  Looking at the map below, you can see lots of loops and locks which add a lot of interest. 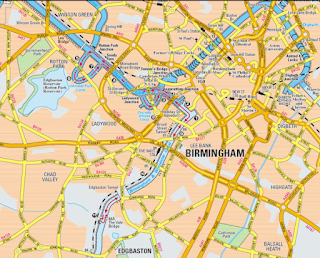 There are many pretty bridges over the canals. 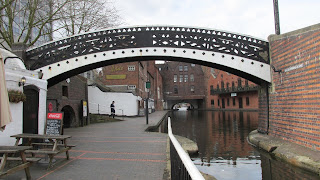 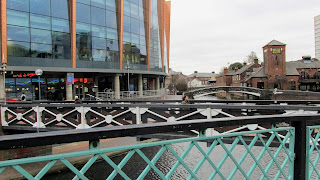 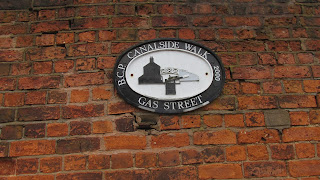 Gas Street Basin is the junction of two canals which are separated by a bar so that water didn't escape into the other canal.  You can just make out on the second photo below on the wall where it is marked which two canals meet there and the path on the left of the picture with barges moored near it is the bar.  For the first 30 years goods needing to be sent on down the other canal had to be manhandled over the bar but nowadays there is a narrow way through. 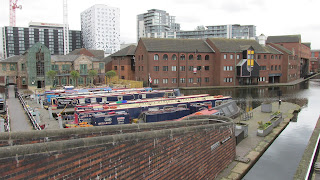 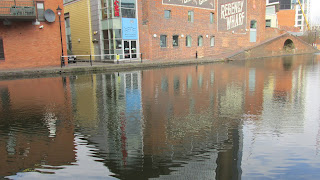 It's quite difficult to bring all the water ways into perspective as I'm twisting and turning and crossing bridges looking at the same section from different angles.  Fortunately there are maps and information boards to refer to along the canals. 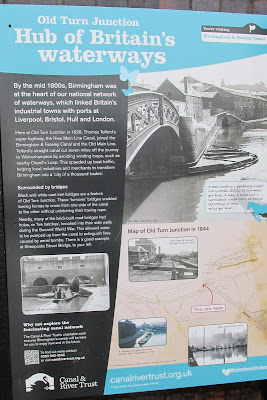 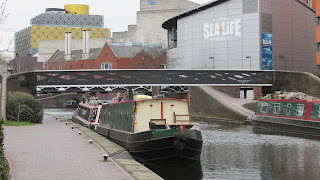 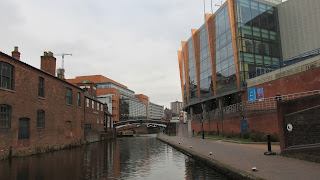 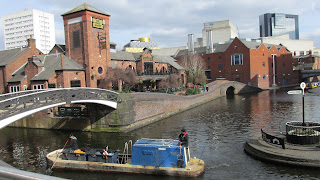 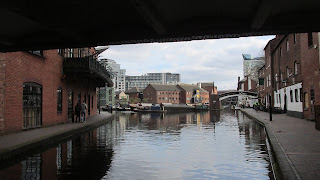 Oozells Loop towpath was blocked off for pedestrians as it seemed to be more residential. 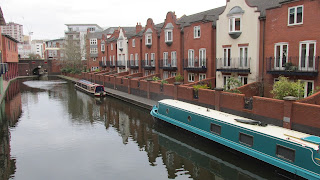 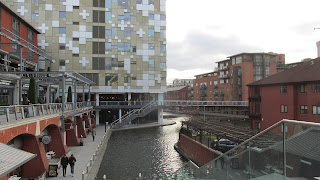 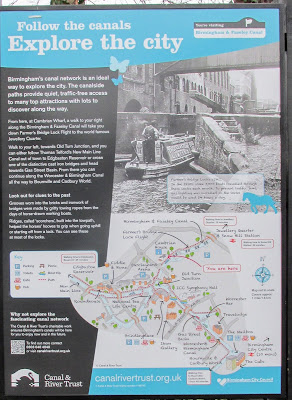 Heading along the Birmingham & Fazeley Canal from the Cambrian Wharf,  you are soon going downhill next to the locks towards the Jewellery Quarter.  It's quite a surprising drop, through some graffiti-covered tunnels where I wouldn't want to be in the dark. 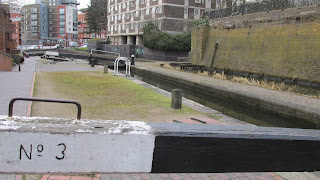 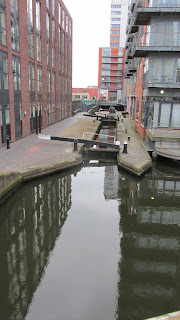 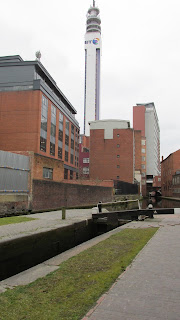 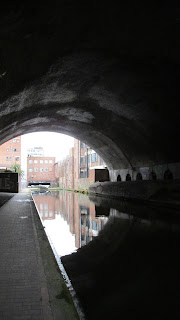 Needless to say, the area around the canals have been developed with lots of cafes and restaurants, new high rise buildings and convention centres.