The National Trust owned Blickling Hall looks impressive from the first peek through the gates.  The current building was erected in 1616-24 for Sir Henry Hobart, 1st Baronet, Lord Chief Justice to King James I, but the Manor of Blickling had been owned previously by John Fastolf, inspiration for Shakespeare's Falstaff and Geoffrey Boleyn, Anne's Grandfather.  It is believed that Mary (grandmother of Lettice Knollys), George and Anne were born there.  In fact, Anne's ghost is said to appear every 19th May, the date of her beheading.  A carriage pulled by headless horses arrives at the house,  and Anne Boleyn, carrying her severed head, gets out and roams the corridors until daybreak. Not only that but her father Thomas also haunts the house on that day, riding in a headless horse-drawn carriage over 12 bridges starting at Blickling. eek!  What a busy day! 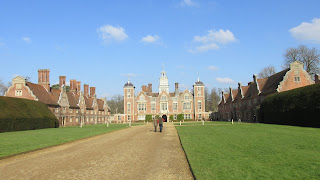 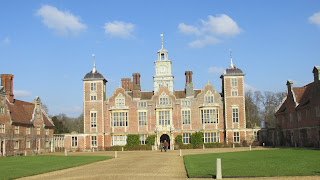 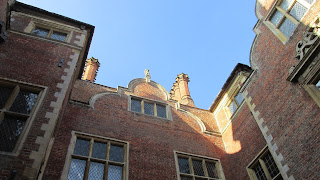 We were fortunate that the National Trust was trialling opening 363 days a year as it wouldn't usually have been open but although some of the ground floor rooms were closed, we could see the best rooms upstairs.


The house was huge, not a scale that I would feel happy living in unlike some other National Trust properties.  The garden was equally huge and must be wonderful later in the year judging by the neat and tidy borders and all the bulbs planted.  There's plenty of paths for a stroll and a lake to wander round too.  The immaculate topiary yew acorns and grand pianos are stunning. 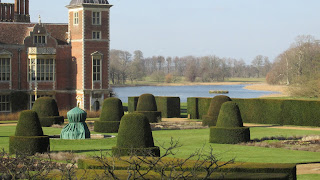 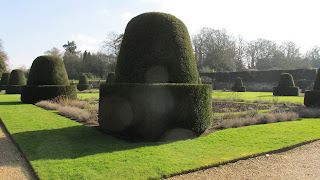 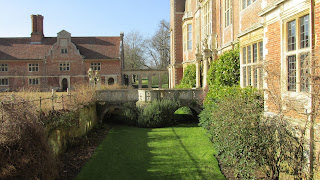 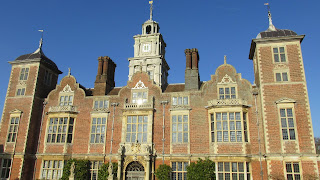 Of course, we couldn't go past the cafe or shop.