One of the reasons I was keen to visit Birmngham, was to see the new Library of Birmingham, not so new now as it was completed in 2013.  Designed by Dutch Architects Mecanoo, it certainly catches the eye in a magical way, it's the building with the lacy appearance with a golden cylinder on the top. 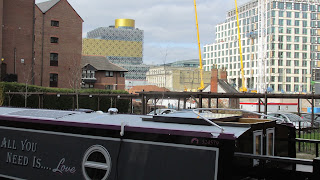 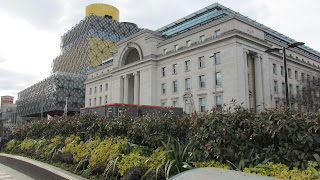 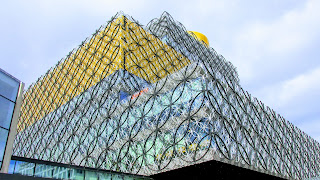 Trying to get a decent photo of it was a bit tricky as Birmingham is undergoing  a considerable amount of building work, which you will be able to see from the top of the library.  Hopefully though, you can see that it is tiered.  Having seen it peeking round all the different buildings in the City and from the canals, that golden colour makes great sense as it blends so well with details in other buildings, walls and mossy growths.  It really helps you navigate through the area especially as a stranger and we found ourselves saying, where's the library before setting off somewhere. 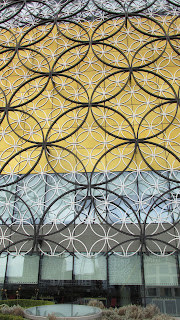 The rings on the outside were designed as a reference to the City's jewellery industry and shadows of the rings occur within the building.

Outside the windows on Level 3 is a terrace with seating to enjoy, giving views over the City. In a year or so it will be worth visiting again when all the building work is done as it will look fantastic and be a really good place to enjoy. 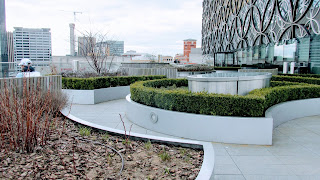 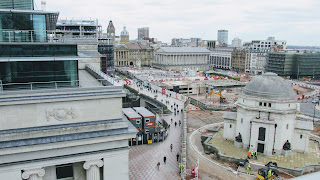 Up on the 7th floor is a Secret Garden, another lovely outdoor space with more views giving a different perspective. 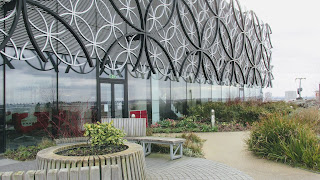 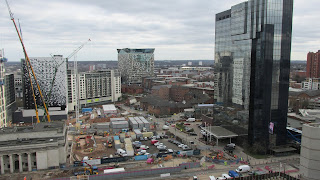 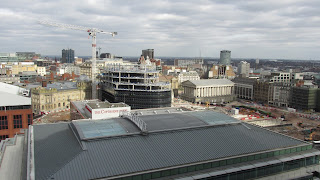 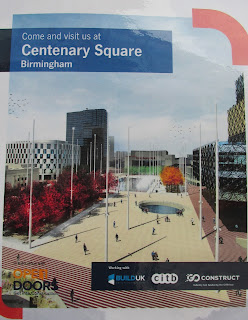 Inside is rather spectacular.  Having sampled a coconut and jam slice and some hot chocolate, the escalators beckoned, especially as they were lit up with blue lights. 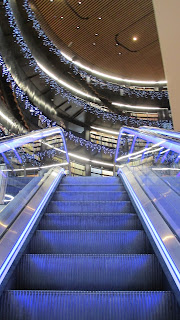 Emerging into a circular area covered in bookshelves bedecked by blue fairy lights, the cameras were clicking but the photos just don't do it justice. 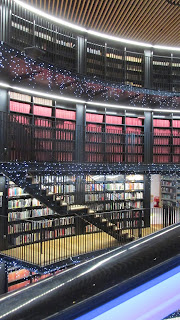 You just have to go up and up the escalators to see what will unfold. 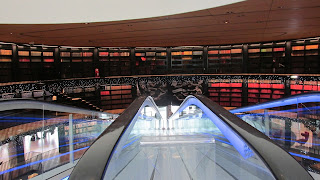 What was rather nice was that there were so many people studying by the windows, in the different sections,  looking at the books.  We noticed the sign to the Secret Garden which you had to access via a lift which took us to another section near a glass lift. 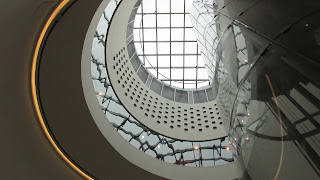 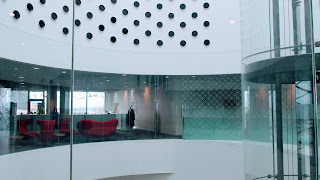 Amidst all the new and modern, was the Shakespeare Memorial Room, tucked at the top of the building on level 9.  It was made by John Henry Chamberlain in 1882 for the original Victorian library in the City and restored by local craftsmen.  There's yet another skyline view from that floor. 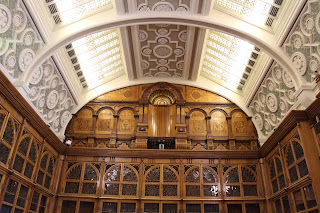 When the building is lit up at night, it turns blue. 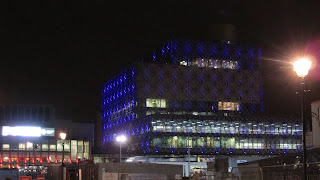 I was so pleased to visit this building at last.