There's nothing better than a walk by a river to bring a zing to your step and as we're currently in Norwich, the River Wensum is the one for us today. 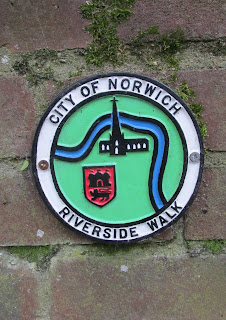 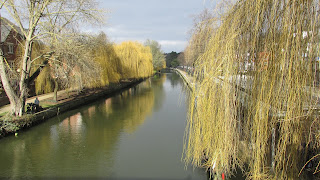 The riverside walk is signposted on the right by some steps and then you are off alongside the River. All along, the bulbs teased us with the colourful display to come. A rather attractive house soon comes into view which is Pull's Ferry, the remains of a Watergate incorporated into a later inn, now a private house.  When the cathedral was built in the 12th Century, a channel was cut from the River to the building site so the heavy stone from France could be transported by water. 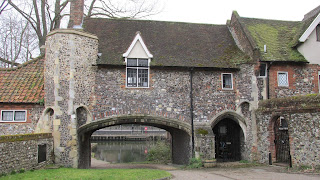 There's a great view of the cathedral across the fields. 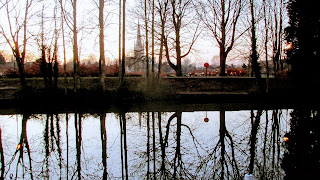 Bishop's Bridge, an old medieval bridge dating from 1340 is situated by the Red Lion pub and here the River bends to the left. 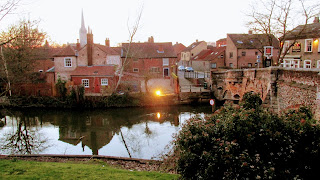 Soon the Cow Tower looms above you.  It's part of Norwich's strategic defence, a purpose-built artillery blockhouse dating to 1398-9. Nowadays the birds have taken over.  I loved the colour of the bricks and the nearby birdhouses in the tree. 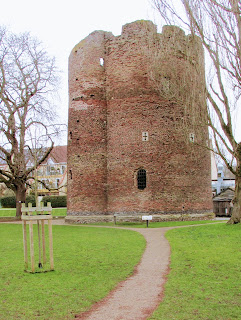 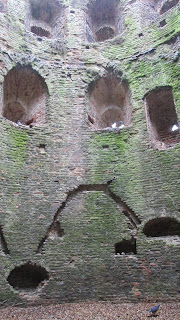 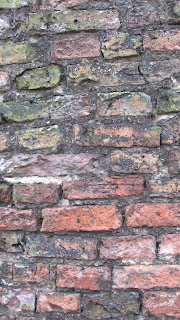 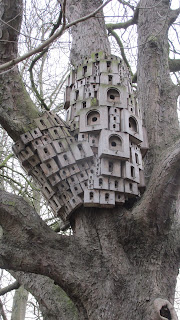 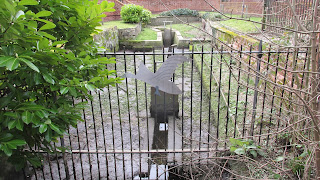 The river winds round the City centre, passing under modern Jarrold Bridge, Whitefriars Bridge, Fye Bridge, Blackfriars Bridge and others on its way upstream.  The Quay near Fye Bridge has wooden blocks to represent goods that were unloaded there in the past but nowadays the buildings are residential. 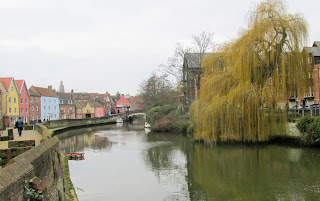 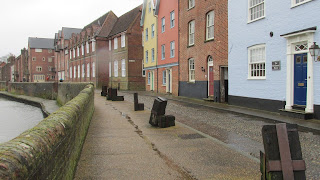 You'll also pass St James Mill which was built by the Norwich Yarn Company to try to prevent the collapse of the Norwich textile industry in the 1830s  but which nowadays is the Head Office of one of the longest running businesses in Norwich, Jarrold & Sons Ltd. 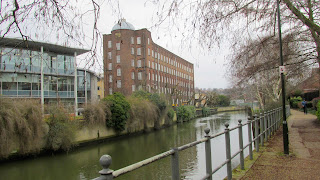 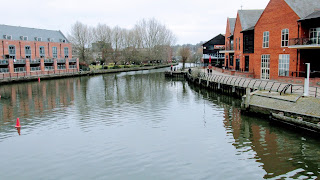 So bags of history as well as a lot of fresh air!