There is a Rachel Whiteread exhibition on at Tate Britain at the moment.  She was the first woman to win the Turner prize in 1993 when she was 30.  Her sculptures are formed of casts of the space around or inside everyday objects using plaster, rubber, resin, concrete or metal.  She's cast staircases, doors, floors and even rooms. All to show the human imprint on our everyday environment, those imperfections inflicted on the object are visible on the surface of the cast.

The exhibition covers early works, drawings and shows the progression of her work. 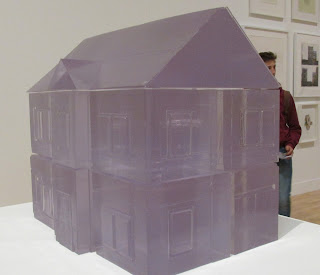 These torsos were made by pouring the different materials into hot water bottles, the result has a human quality.

This is Untitled (Room 101) 2003 which is a cast of a room at the BBC Broadcasting House where George Orwell worked during WW2.  The room is believed to have inspired him to create Room 101 in his book Nineteen Eighty-Four. The casting records all the minor imperfections in the room like the cracks in the wall. 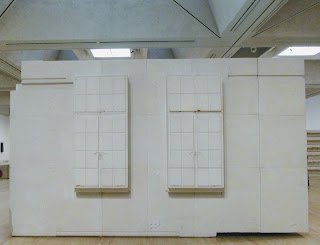 What's this?  It's a cast of a table and chair. 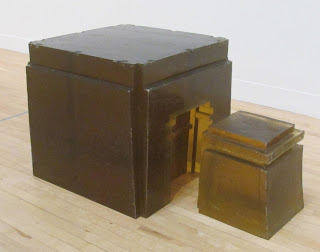 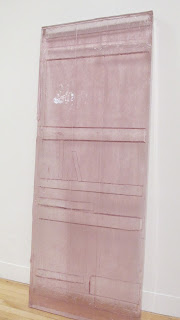 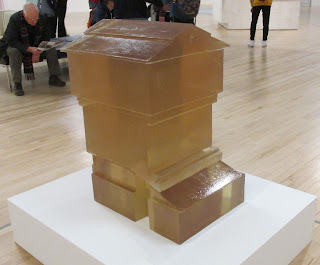 A library complete with books with their pages rather than their spines facing out on shelves, preparation for the Holocaust Memorial 2000 in Vienna. 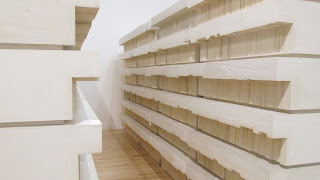 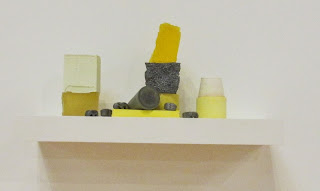 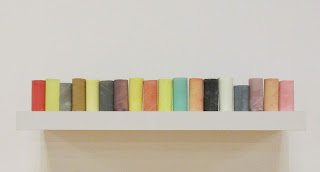 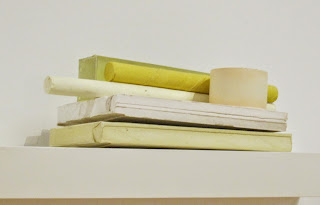 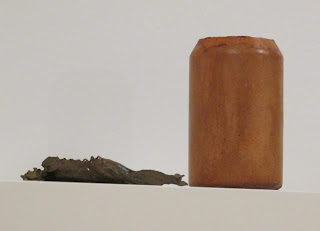 The casts of boxes were in preparation for her 2005 Tate Modern Turbine Hall commission - Contents 2005.  These items of packaging related to her moving house and boxes found when sorting through her mother's house. There are colourful tubes and the boxes in the foreground are called Flower. 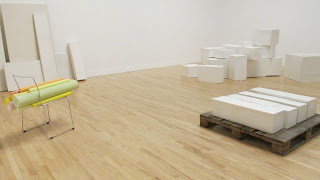 Untitled (stairs) 2001 was cast from her new home, previously a textile warehouse and synagogue, an area which experienced a lot of wear.  The scratches and chips show the comings and goings of daily life. 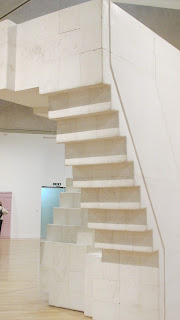 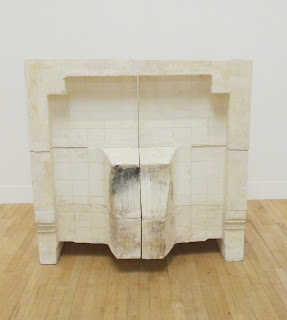 Rachel Whiteread has undertaken a number of public commissions - there's been a series of structures cast from huts, sheds and cabins which she calls her shy structures that have been installed in discreet locations in the landscape. 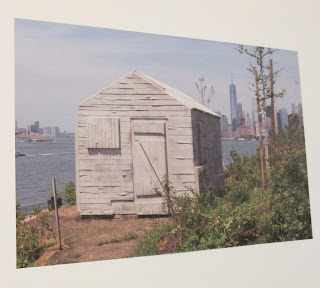 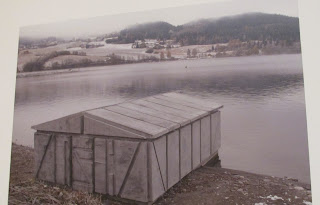 The Whitechapel Gallery in London. Here the top of the building has a cast of where the windows would have been, decorated with golden leaves. 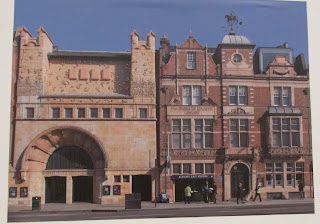 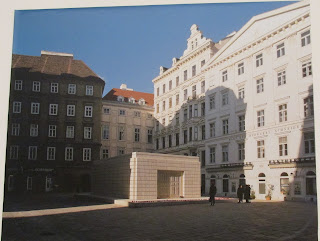 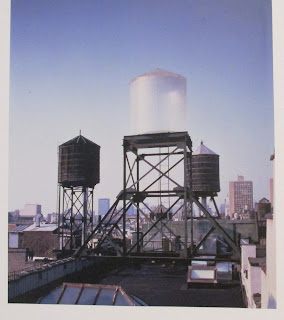 Untitled (One Hundred Spaces) 1995 consists of 100 cast-in-resin chairs, each one found, slightly different, complete with their imperfections. Can you imagine all those chairs and the story of where they were found, who had owned them and then imagine the people sitting on the chairs in Tate Britain! 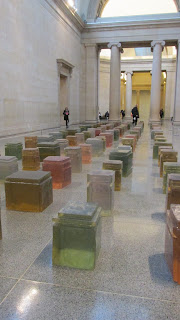 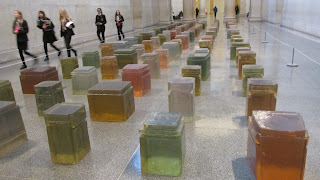 Yesterday I included a photo of Chicken Shed 2017 located outside the Gallery. Did you notice it?

The viewer has to do some puzzling to work out what they are looking at. A lot of time and work has gone into creating these objects.