Reading Abbey is currently undergoing restoration works and is due to reopen to the public next year, 2018.  The Abbey was founded by King Henry I in 1121 and he is believed to be buried in the vicinity. Jane Austen also went to school there when The Abbey School was located in the Abbey Gatehouse in the 18th Century.

Reading Museum's current exhibition -The Abbey Quarter: Then and Now - is linked to the work and even has some video footage of the current building works.  It's so interesting to see the pictures of old Reading and see how it's changed over the centuries.

The Gateway collapsed in 1861 and had to be rebuilt. 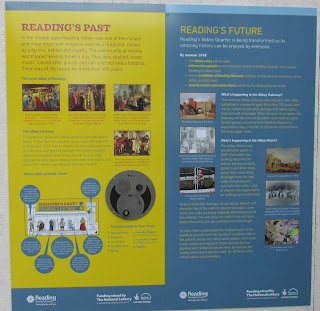 I've walked past this memorial in Forbury Gardens countless times without realising it was for King Henry I. 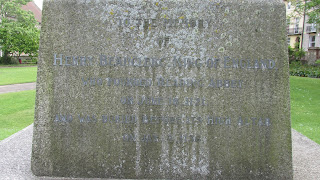 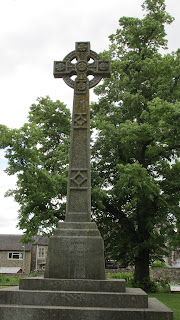 The rose garden was at its best, the red rose winning the competition of having the best scent, lots of research done by me! 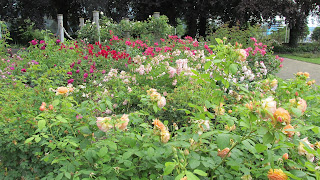 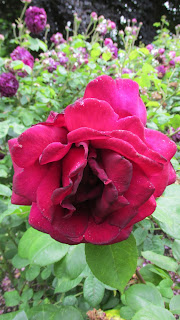 This is a tulip tree and it's the first time I've noticed the flowers, just like tulips. 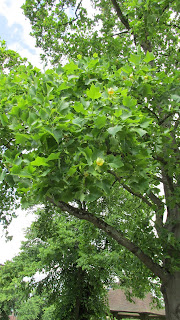 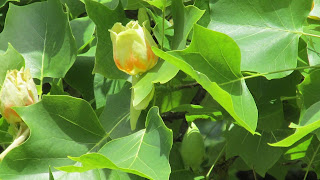 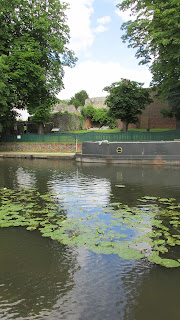 There are already tours around the ruins to look at the works and talks too.  Not too long to wait until it's all finished.  Sometimes it's been asked why it's all taking so long, but the reply is that it's not long really spread over the 900 years since it was first built!

Email ThisBlogThis!Share to TwitterShare to FacebookShare to Pinterest
Labels: Reading