Music of Strangers and Defying Gravity

Sometimes you are really lucky and just happen to be in the right place at the right time.  Only a couple of days before the outdoor film shows at the University of Western Australia came to an end, a documentary about Yo-Yo Ma, the famous cellist, was being shown. 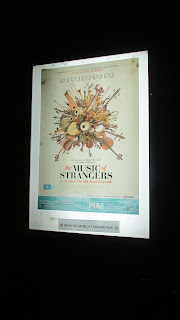 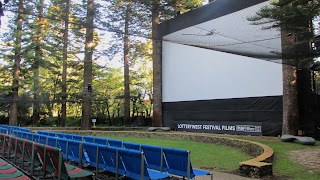 The Music of Strangers: Yo Yo Ma and the Silk Road Ensemble was an inspiring film recounting the personal lives, full of passion for music and sacrifice, of musicians coming together to celebrate the universal power of music.  Here's the official blurb.


The Music of Strangers: Yo-Yo Ma and the Silk Road Ensemble, the latest film from the creators of the Oscar-winning documentary 20 Feet from Stardom and the critically-hailed Best of Enemies, follows an ever-changing lineup of performers drawn from the ensemble’s more than 50 instrumentalists, vocalists, composers, arrangers, visual artists and storytellers as they gather in locations across the world, exploring the ways art can both preserve traditions and shape cultural evolution.
Blending performance footage, personal interviews and archival film, director Morgan Neville and producer Caitrin Rogers focus on the journeys of a small group of Silk Road Ensemble mainstays from across the globe to create an intensely personal chronicle of passion, talent and sacrifice. Through these moving individual stories, the filmmakers paint a vivid portrait of a bold musical experiment and a global search for the ties that bind.

It was heart warming to see these musicians from so many different countries working in harmony across the borders despite the difficulties. A film that gives us hope in these unsettled times.

WAAPA - Western Australia Academy of Performing Arts at Edith Cowan University in Perth, where Hugh Jackman and Tim Minchin among others studied, is recognised nationally and internationally for a wide range of performing arts. 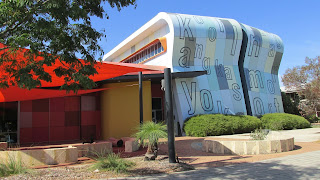 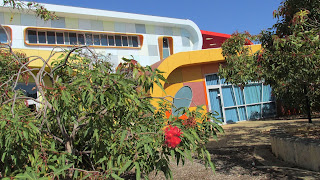 We were able to sit in on the rehearsal of its award winning percussion ensemble, Defying Gravity, under the direction of Tim White. From conjuring up a rainstorm using their hands to a mediaeval song about King Henry VIII to Steve Reich's Pieces of Wood, the young musicians gave a wonderful performance full of energy and style.

This YouTube clip is one of the pieces played although they aren't playing here.

Impressive. Amazing how they keep in time.