Great to see you.

Having walked a couple of miles from Alton railway station and through the underpass, you emerge in the beautiful village of Chawton.  It's all thatched cottages and glorious gardens. 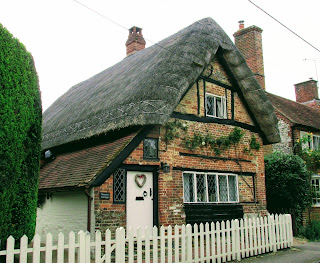 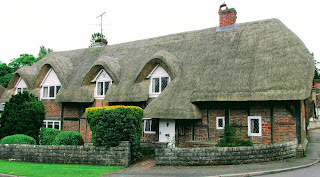 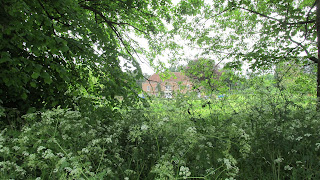 Chawton is famous for being the site of Jane Austen's house, where she lived for the last eight years of her life and where she revised some of her earlier novels for publication as well as writing more. 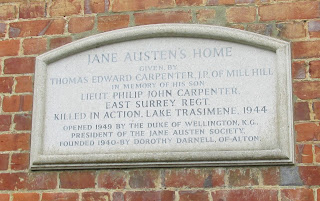 Jane and her family were able to move into the house when her brother Edward inherited the Chawton estate from the Knight family.  He was her third eldest brother and was presented to the Knights, childless distant relations, when he was 12 years old who looked after him and his education,  leaving their estates to him when they died.

On buying a ticket which is valid for a year, you enter into a beautifully kept garden with a few outbuildings, including the bakehouse below. 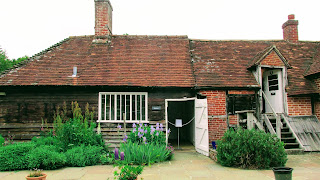 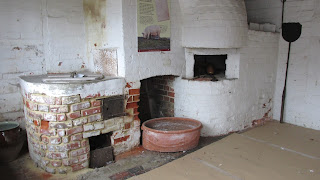 The garden was full of plants and flowers which have not come out in the photos. 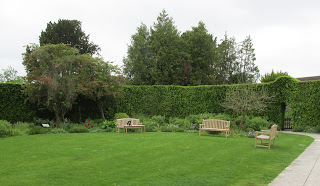 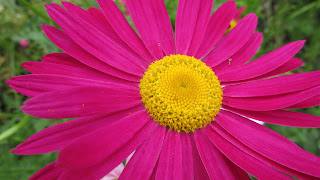 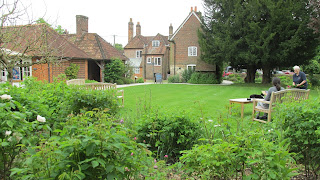 The best thing to do is watch a short film on Jane's life shown in the Learning Centre to put everything in perspective before going into the cottage.

Next time I'll show you what it looks like inside, it has recently been decorated with wallpaper copied from fragments found in the building in preparation for the Bicentenary of Jane's death.