Heading to the Gothic Tower

Painshill Park never seems to stop surprising, the follies are so well positioned that they are revealed slowly as you walk around this fine English landscape garden.  Next up is a mausoleum affording views over the River to a field full of cows that had obviously been lurking, waiting for me to spot them in such a pastoral scene. 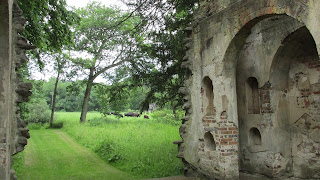 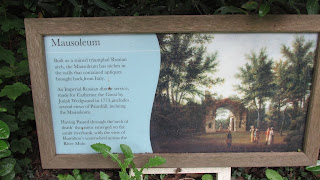 Passing the cascade, we finally arrive at the five arched bridge that has been tantalising us since the Gothic Temple.  Look at that reflection. 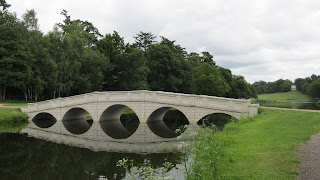 We're not crossing over the bridge as there's a sign that says waterwheel which sounded interesting.  But hang on, what's that up the hill? 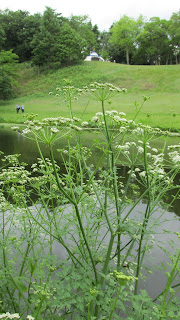 There's the waterwheel, how enormous! It was restored in 1987 and is one of the largest working wheels in the UK.  It was originally created to feed the cascade, lake and plants. 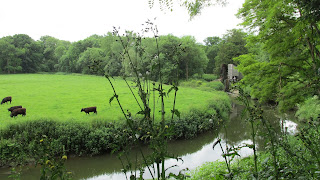 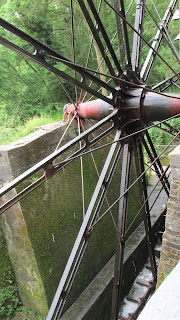 Desperate for a cup of coffee by this time, we've made a beeline for the Gothic Tower, missing out the Hermitage, for which the owner of the garden in the 1700s, Charles Hamilton, advertised for a hermit to live as a recluse there for seven years.  Before three weeks were out, legend has it that he was found drinking at the pub and was dismissed! Talking of drinking . . . 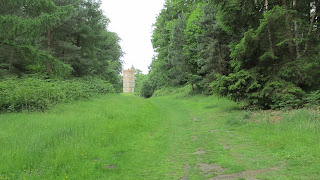 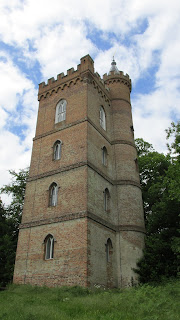 . . .  there's the café, phew!  There's another one right at the garden entrance if you don't want the long walk, or the climb to the first floor of the tower. 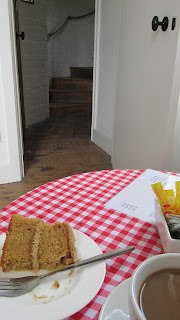 Suitably refreshed, it's time to bound up the steps to the top to admire the view, 99 steps from the bottom.  No need to feel wobbly at the top as the wide castellations stop you feeling that way. 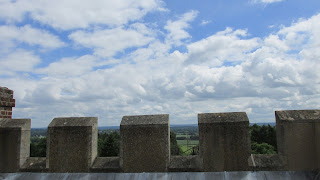 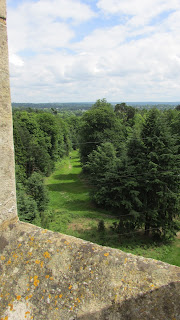 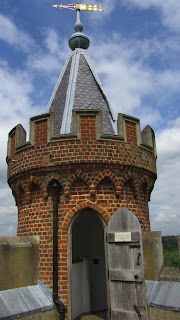 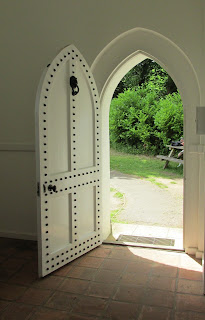 We're now at the further most part of the garden and must head back along the other side of the lake, past the Temple of Bacchus which is being renovated . . . 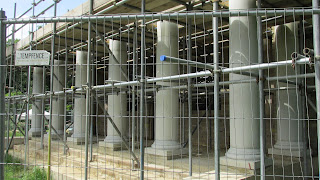 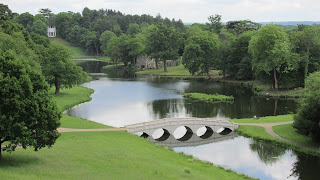 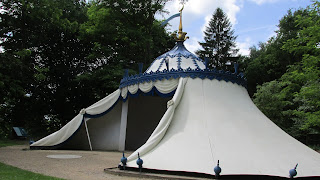 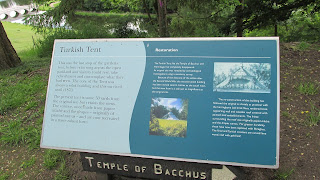 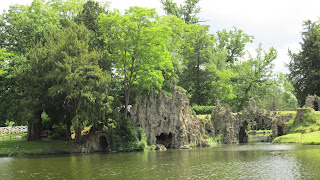 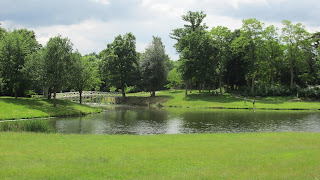 I haven't mentioned the ice house, the keyhole plantation or the amphitheatre. So many fabulous places.  How they manage to keep the grass under control in such a huge place, I just don't know.  There are a lot of volunteers though.

There's one more hidden gem for you next time. I know, amazing isn't it!