Five on Friday - Rocks and Beaches

It's Five on Friday and we're linking up with Tricky at FAST.  Many thanks for hosting.  I hope you've all had a great week.

This beach is where the Margaret River meets the Indian Ocean.  It is actually prevented from flowing into the Ocean by a sandbar but if the weather has been bad and the river is swollen, this is breached and stationary waves are created which are popular with surfers.  Have a look at the notice further down. 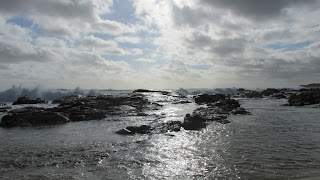 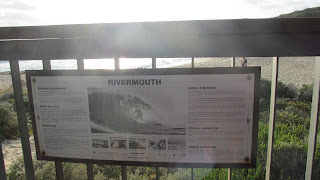 Further north, the spectacular Canal Rocks are worth a visit.  They have been formed by the granitic gneiss being eroded in straight lines by the sea, producing the canals.  In wild weather, huge waves pound the rocks, the water flowing through the canals.  There is a walkway across to the other rock island. 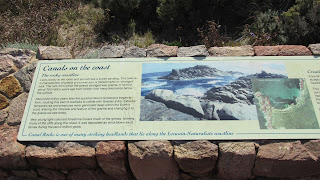 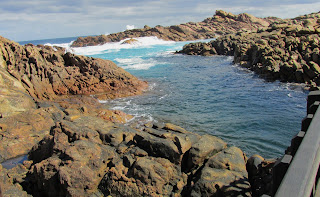 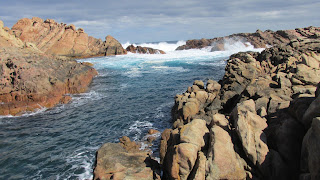 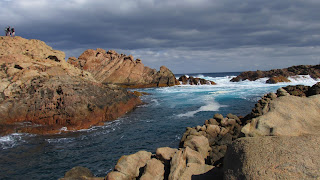 Time for a snack at the Bunkers Beach Cafe before a stroll along a perfect white sandy beach. Bunker Bay is close to Cape Naturaliste, the end, or beginning, of the Cape to Cape walk. 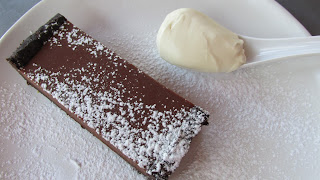 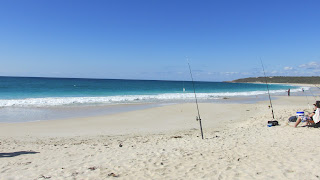 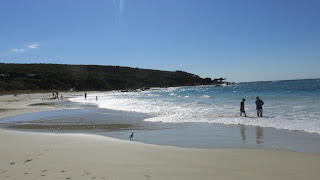 Well-known for its wooden jetty which is the longest in the world at almost 2 km, Busselton is a typical seaside town. 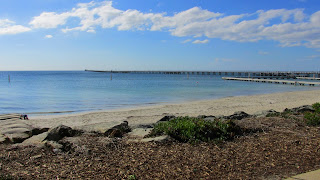 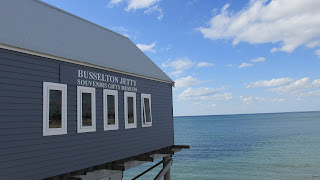 We're almost back to Perth now but I'll show you more about Freemantle in another post. 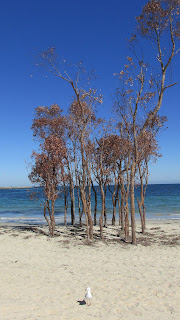 Have fun and see you soon.

Email ThisBlogThis!Share to TwitterShare to FacebookShare to Pinterest
Labels: Australia, Five on Friday