Thanks for popping in for the Five on Friday link-up with Tricky's FAST Blog.

I've been into Bracknell this week and came across the following five.

Bracknell used to be a single street which is shown on 17th Century maps. By 1790 the street had buildings either side and a number of pubs from that time and earlier still exist today.  The town was redeveloped in the 1950/60s to include large housing estates with many roundabouts and pedestrian underpasses.  To jazz them up, murals were painted on them in 2011 and one in particular has paintings of the shops that used to be along the High Street, or Bracknell Street as it was originally known, before it was redeveloped. 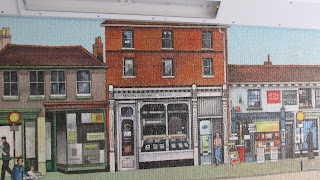 Coincidentally the Library has an exhibition of photos contrasting black and white pictures of Bracknell with those taken in 2013.  The shops have changed considerably and of course are in the process of changing again.

Following the underpasses as they wind under the roads, you can't help but notice that the Council have stopped mowing the grass as part of their Blooming Biodiversity initiative and over the years native flowers have started to thrive again.  In one area there were several of these spectacular pyramidal orchids, some darker than the others 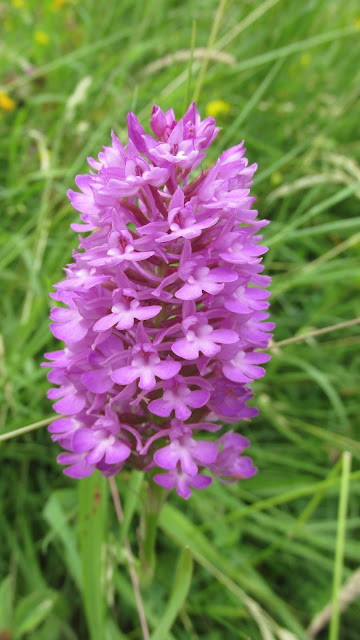 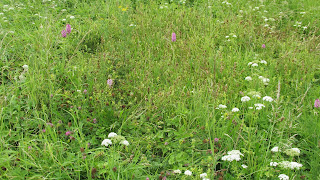 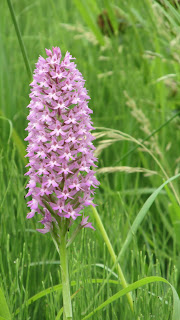 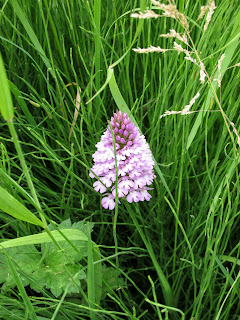 In a similar vein, around the bus station large areas had been planted with wildflower turf and seeds and was happily going wild. 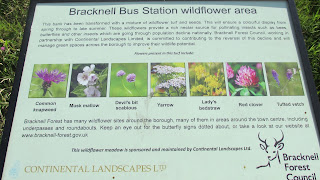 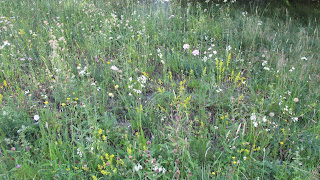 Outside the Council Offices, in the middle of all the building works, a splash of colourful antirrhinums planted en masse lit up the place. 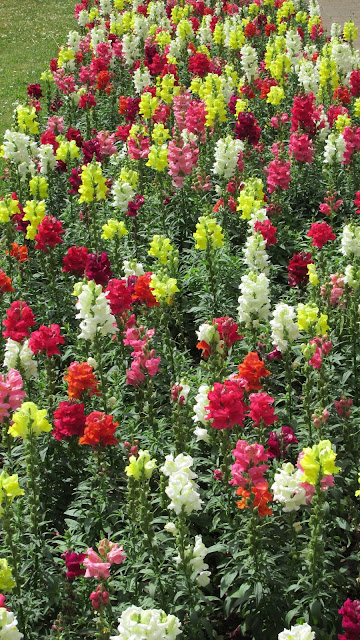 Trying to negotiate my way around the underpasses, revealed lots more murals. 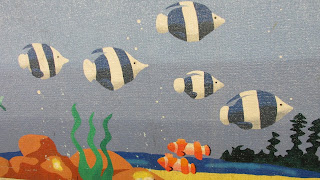 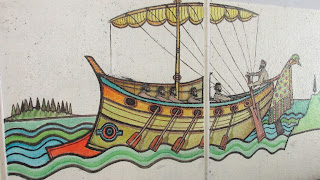 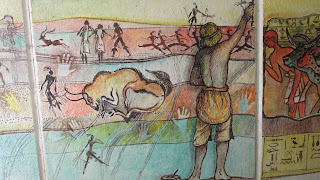 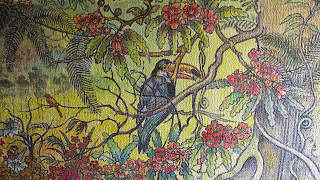 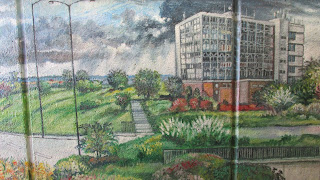 All sorts of things unrelated to Bracknell and a few showing some of the local buildings.

It's going to look very modern when all the new building work is completed.

Email ThisBlogThis!Share to TwitterShare to FacebookShare to Pinterest
Labels: Bracknell, Five on Friday