While you've been reading about my Australian Adventures, I've been out and about back home in the UK. So today I thought I'd take you on a day trip to Alton in Hampshire, known for the Heritage railway, the Watercress Line, the Civil War Battle of Alton in 1643 and for being only a mile away from Jane Austen's house in Chawton. 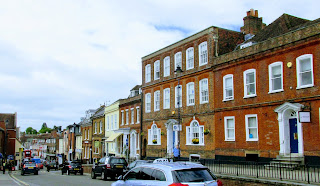 Heading from the station without seeing any steam trains today, the old buildings of the High Street come into view full with all the same old modern shops we expect nowadays.  It all hints of days gone by, pity about all the cars though.

Our first stop is the Curtis Museum which houses the local history collection.  In pride of place is the famous Anglo-Saxon Alton Buckle.  It's made from silver gilt with gold filigree, garnet and glass and was found in an Anglo-Saxon warrior's grave together with his sword, shield boss, spear heads and other items.  It dates to the 6th/7th Century.

Among other famous people with local connections, we learn about a little girl who was murdered, Fanny Adams, whose name was used in the expression sweet Fanny Adams. 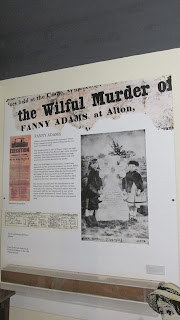 Walking down the High Street, the Assembly Rooms stands out, it's Architect was Charles E. Barry.  It is where all sorts of events are held in the town, the next is the 2017 Teddy Bear Festival. Sounds fun! 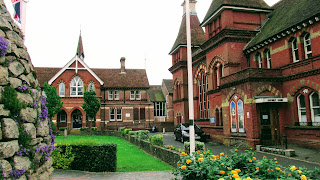 Off to the right down Church Street is the Allen Gallery exhibiting modern art together with a collection of older items including beautiful tiles, scent bottles, pottery and porcelain. I even found a John Piper tile there.  Well worth a visit for its beautiful garden and tea room. 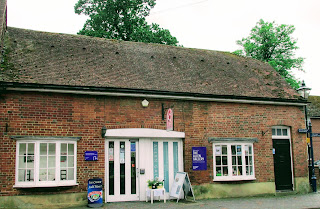 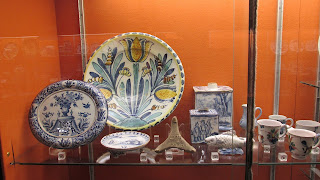 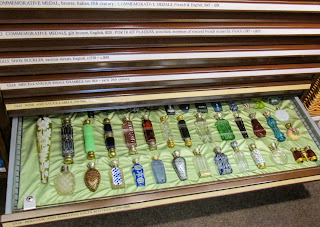 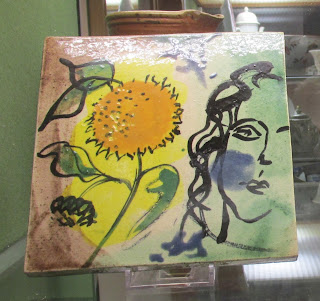 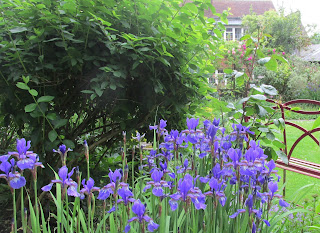 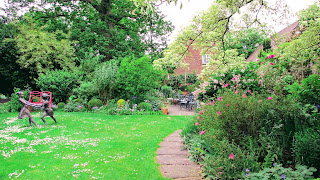 The only evidence that the River Wey flows through the town that I could find, was this trickle through the culvert and under the building. The Northern Branch of the Wey starts in a spring in a field just outside the town, flows through flooded meadows where watercress was grown, through some ponds and out to the countryside  I could have done with a tourist map and self guided trail of the town. 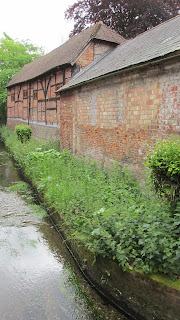 We're now heading out of town towards Chawton, passing a pretty green, full of daisies and buttercups. 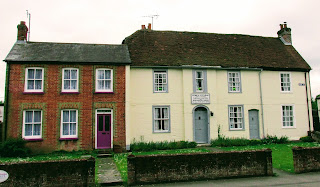 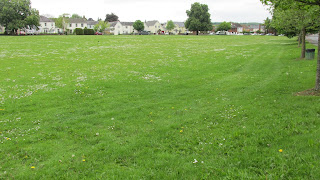 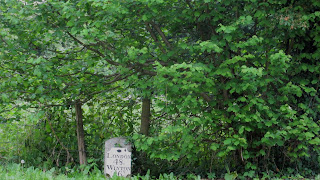 Then this tunnel under the road appears and on the other side we enter a dreamlike world but I'll tell you about that next time. 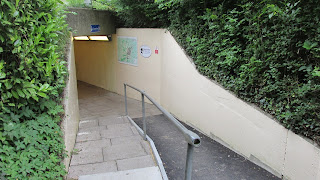 Email ThisBlogThis!Share to TwitterShare to FacebookShare to Pinterest
Labels: Alton