We have found that the Basingstoke Canal is an absolute gem.  Each stretch of the 32 miles of available towpath that we've strolled along, has shown us something unexpected.  This week we found ourselves near the Colt Hill section and set off to walk to the Mill House in North Warnborough where we had left off to enjoy our fish and chips last time.

Is it just me but whenever I come out of a railway station or car park, I have this overwhelming sense of which way to head, set off and then realise half an hour later I've gone completely the wrong way. Always, well 90% of the time.  Do I need to think, I know it's this way so let's go the other, it might be more successful.

Anyway, off we went on the towpath the wrong way but it didn't really matter.

First up, across the Canal were a collection of barges ready for canal trips in the season.  Lots of colourful benches were piled up showing that it's  a place of bustle. 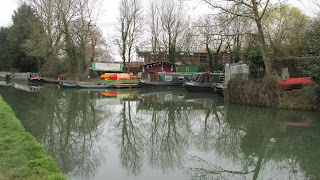 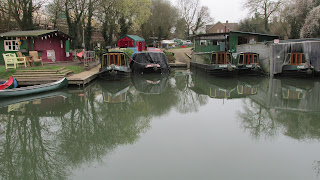 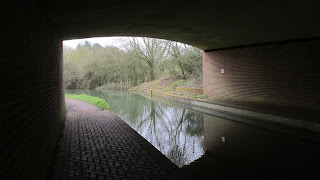 Although it was a grey day, this heightened the bright green of the new willow leaves, daffodils and catkins. 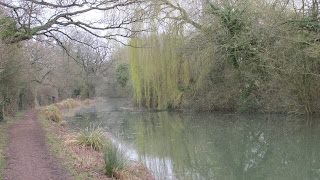 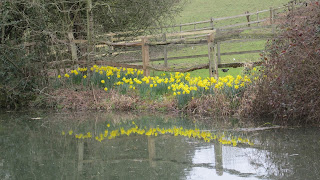 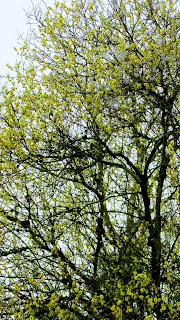 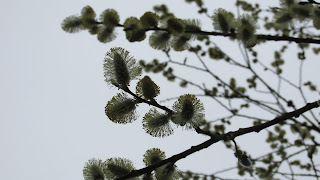 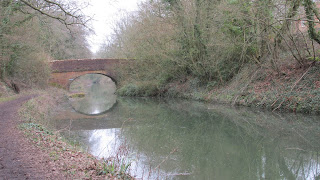 These barges showing Dogmersfield Park were where we realised we were going the wrong way!  Dogmersfield Park used to have a palace frequented by King Henry VIII back in Tudor times, nowadays there's a swish hotel there. 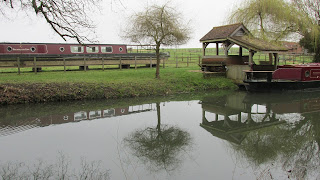 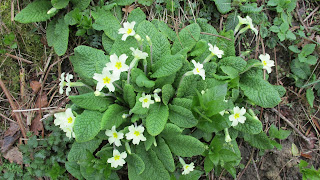 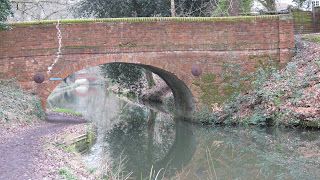 Round the next corner, this delightful thatched cottage appeared over the other side. Two men with a ladder were looking at the roof as the horse sculpture continued grazing. 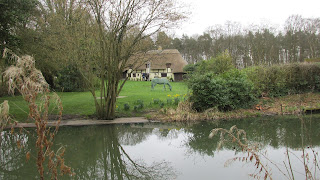 Just as the towpath was about to reach the Barley Mow pub, it was blocked by a fence due to maintenance so we had to turn round and retrace our steps. 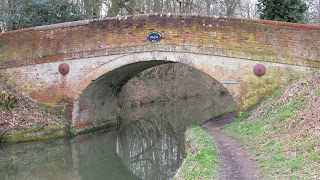 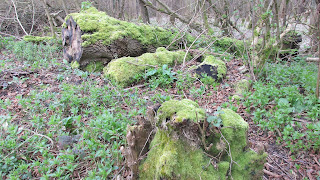 A small channel led off to Wilkswater, a charming pond with a weeping willow on an island in the centre.  The sound of croaking drew our attention to a myriad of frogs in the water, swimming about and popping their heads out of the water. This was a magical spot. 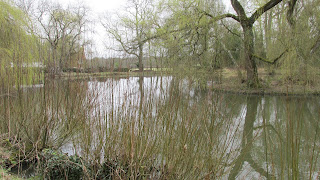 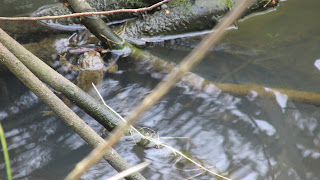 Behind us, this house looked intriguing.  It turned out to be King John's Hunting Lodge with an important garden which sadly, is never open to the public. 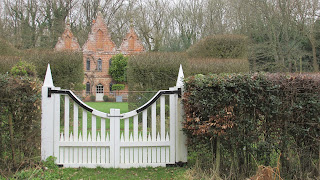 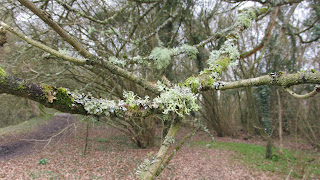 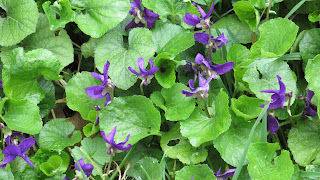 Fortunately we made it safely back to the car, the path had been really, really muddy. We're already looking forward to the next stretch.

Email ThisBlogThis!Share to TwitterShare to FacebookShare to Pinterest
Labels: Basingstoke