My walk around Reading highlighted some buildings from the past which are now used for a different purpose.

The Screen House and Turbine House of the Blakes Lock Museum were former Victorian pumping station buildings.  So many pretty details are included in the outside of the buildings, considering these were just functional buildings, it's nice to see the extra care they took when they were built.

Talking of pumping stations, in Abbeywood in London, a Victorian pumping station has recently been restored and is now a tourist attraction.  Have a look at this article, the photos are incredible. 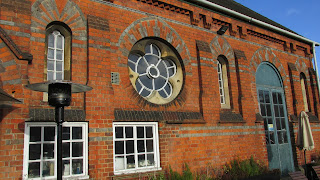 Right next door in a former biscuit factory, the Bel & Dragon restaurant has been refurbished for its modern day use.  The Majestic Bel boardwalk and dining riverboat, the Bel part of the restaurant, has a perfect setting on the River Kennet. It was built in Reading over 100 years ago and was in service until 1969 but now it has a retractable roof and windows for fun, summer dining. 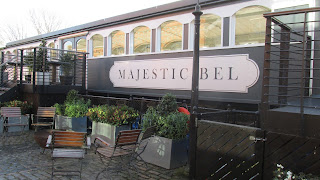 In the town, the old Post Office has also been converted into a pub.  The Neo Georgian building was built in 1922 and was lucky to survive Reading's only WW2 bomb which hit buildings on the other side of the street. 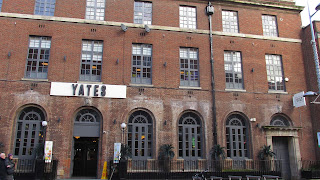 It's nice to think these otherwise redundant buildings have found another use and carried their history into the future.

Email ThisBlogThis!Share to TwitterShare to FacebookShare to Pinterest
Labels: Reading