Thanks very much for visiting.

We are linking up today with Amy's Five on Friday posts.  My five are about London Squares.


London is well known for its green spaces for the public to enjoy and as well as the large Royal Parks, like Hyde Park and Regents Park, you often find leafy squares within the built up areas which were originally intended as communal gardens for the nearby residents.  They began to become fashionable during the 17th to 19th centuries although Covent Garden was the first square built in the 1630s.  There are even a few modern paved ones like Paternoster Square, near St. Pauls and Granary Square, near Kings Cross.  On my recent visit, I passed a few on my journey through London.

This pretty green space in London, now one of the Royal Parks and a public space, has connections with the US with a memorial to President Franklin D. Roosevelt, the Eagle Squadrons Memorial and September 11 Memorial Garden. President John Adams lived at No. 9 and No. 20 was the headquarters of President Dwight D. Eisenhower during the Second World War. 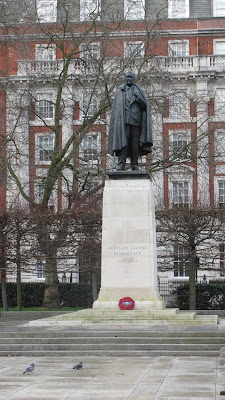 These raised terraced gardens are not far from Oxford Street and were built in 1906 above the old Duke Street substation. There are domed gazebos and steps at each end. They have been renovated to provide a lovely public space with a cafe. 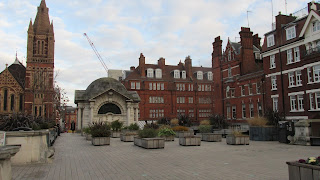 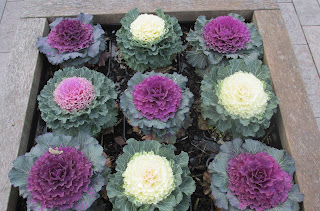 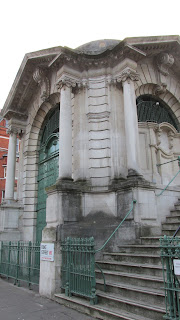 Over Christmas Lumiere Light produced a light show all over London including at the Brown Hart Gardens, have a look at this link.

In the 1720s, St James Square used to be home to seven dukes and seven earls.  These days, the buildings are mainly occupied by businesses. There's a statue of King William III in the gardens. 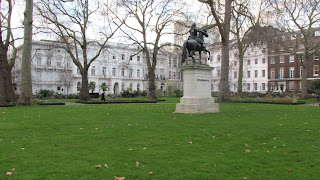 One of the most famous and popular of the Squares, it is dominated by Nelson's Column, the lions around the fountain, the four plinths supporting sculptures and the National Gallery.  The fourth plinth has had a variety of different artworks on it, including Antony Gormley's One and Other.  At the moment, David Shrigley's Everything is Good is on display. 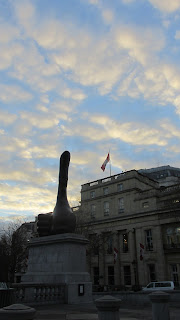 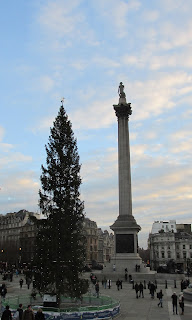 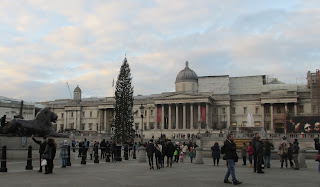 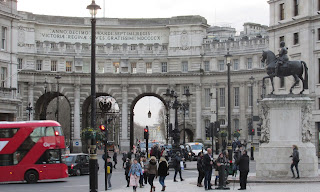 Five - Parliament Square and the Embankment 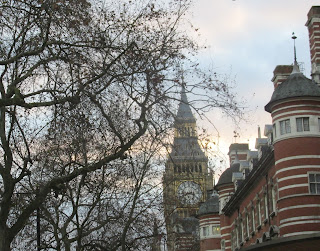 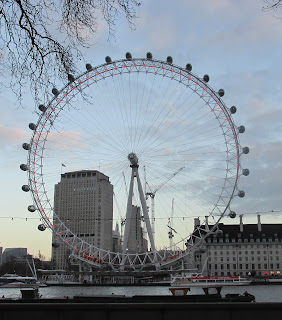 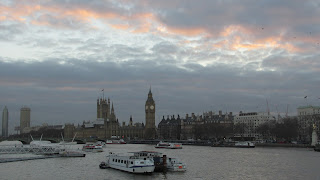 During the weekend of 17th-18th June 2017, Open Squares Weekend gives people the opportunity to look at some of the squares not usually open to the public, have a look at this link.  Over 200 gardens take part in the scheme, some with activities organised as well.

Email ThisBlogThis!Share to TwitterShare to FacebookShare to Pinterest
Labels: Five on Friday, London