Thanks for dropping by.

Ascot Racecourse was a great venue for a Christmas Fayre, especially as it enables non-race goers the chance for a look behind the façade on the High Street, not inside the main building but round the back!


There were, of course, no horses or ticket holders about but I could just imagine the excitement on race days with horses thundering along the turf, glamorous glitterati cheering on their favourites, bookmakers calling out the odds and picnickers drinking bottles of bubbly and clunking their glasses together.

Today, only dog walkers were pootling about enjoying the cool air as the sun struggled out from beneath the cloud.  We decided to walk the course and I regretted not bringing a plastic horse with me to recreate the buzz of raceday in an amusing perspective-altering photo. 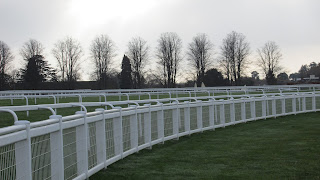 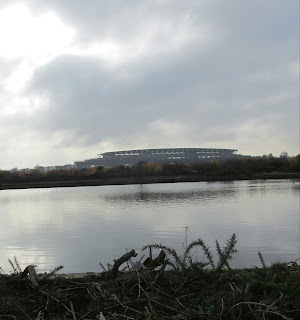 Walking round we passed a couple of lakes/reservoirs in amongst the Autumn-leaved trees. Luckily there were no adders about as signs were up warning that a woman had been bitten by one in the Summer who could well have died. Three-quarters of the way round, near fence 6, a great chunk of the course was cut out to allow access to the road. Poor horses, what a dilemma.  Did they have to jump over the gap? 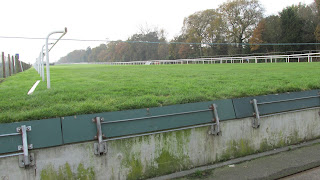 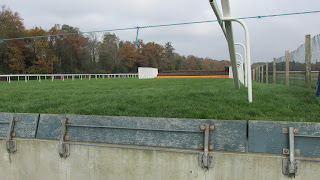 On the road were two wide tracks scoured in the concrete. 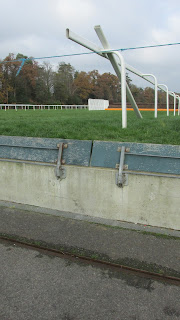 Turning to follow them in the opposite direction, we were surprised to see a great chunk of grass on wheels which must be pulled in position to fill the gap! Fancy that. 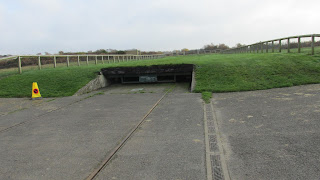 Back up by the grandstand with another glimpse of the Royal Box, we found the tunnel and followed it back to the High Street, our bag of cakes from the Fayre calling to us.

The Heath is open daily for the public to use.

Email ThisBlogThis!Share to TwitterShare to FacebookShare to Pinterest
Labels: Ascot

Aren't there a lot of Christmas Fayres around at the moment.  They conjure up the feeling of festive spirit before you go but in reality they are a bit of a squash.  You are carried on a tide of eager people past all the colourful stalls crammed full with tempting goods. Royal Ascot Racecourse was no exception. Packed to the rafters but with small areas of calm, a few things caught my eye especially in the food section. 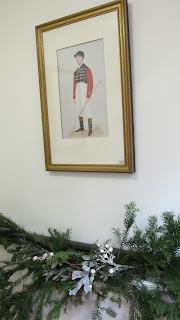 These cakes had to come home with us - summer fruits frangipane tart, coconut tart and an orange chocolate nut shortbread. Yum! 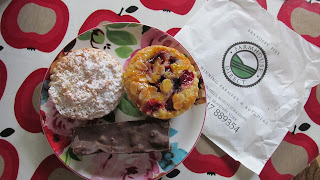 After the battle, a spot of fresh air was most welcome as we headed to the tunnel to Ascot Heath in the centre of the racecourse. More to follow.

Email ThisBlogThis!Share to TwitterShare to FacebookShare to Pinterest
Labels: Christmas

James Ensor and the Belgian Avant-Garde

Thanks for joining me today. I've been to the last of this year's art talks which was about Belgian Artist James Ensor. I must admit that I didn't know about his work although a couple of pictures did look familiar. The Royal Academy exhibition is currently on and the place to visit to see more. Here are my notes.

James Ensor was born in 1866 and spent most of his life in Ostend in Belgium with only a few trips to London and Paris. His father was an alcoholic whereas his mother and grandmother, who ran souvenir shops, were strong women and firmly in charge. As a small child he was sensitive and delicate and had a phobia of spiders. The love of his life was Augusta Boogaerts but he was stopped from marrying her however she remained a good companion, helping to mix his paints when older. He studied at the Royal Academy in Brussels.  There was a lot of unrest in Belgium during his life.

The exhibition relates to work during his best period of the 1880/90s. His work wasn't appreciated at the time with many complaints that it was too dark and only admired when his talents were already beginning to wane later in life. He was made a Baron and became a widespread influence for the German Expressionists, Surrealists, Jackson Pollack, Marc Chagall and was a member of the international movement Les Vingts which included many famous artists.

His work was based on the experience of his life, local, everyday subjects, satire and his use of light. A lot of his work features carnivals, skeletons and masks, which he would have come across in his family curiosity shops. He experimented with various styles and painting methods like palette knife, scumble as well as with a brush and although he hated post impressionism, some of his work has elements of it.

All the pictures here are from the internet and as always there is much more information about Ensor to be found there.

Let's hope there are a few more talks next year as it's been very interesting finding out more about the artists and the hidden meanings within their work in the context of the artists' lives.

Taking a stroll on a sunny day with a camera has produced the following snaps. 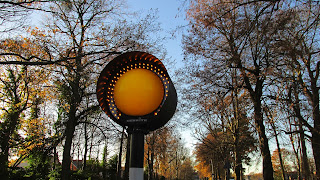 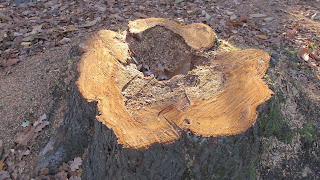 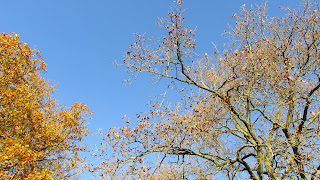 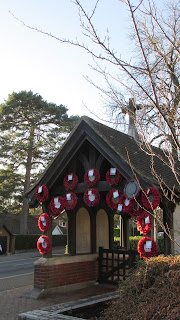 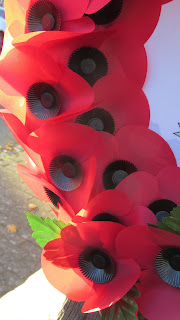 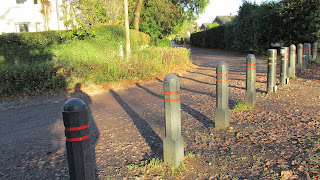 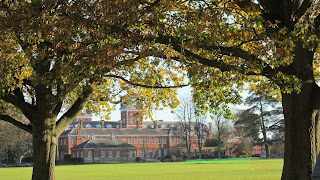 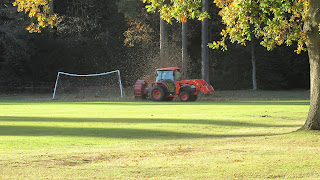 Seeing all the shadows stretch out in the late Autumn sun was just glorious.  I could have watched the tractor whooshing the dry crispy leaves in the air for ages.  Up and down the grass it went enveloped in a swirling cloud, like bees round a honey jar. It's the simple things in life!

Sweeping up the Leaves

Good morning! Or is it afternoon?


Leaves, leaves, leaves don't you love them! The secret is not to get all hot and bothered when they fall from the trees but to just enjoy the spectacle of your garden transformed. 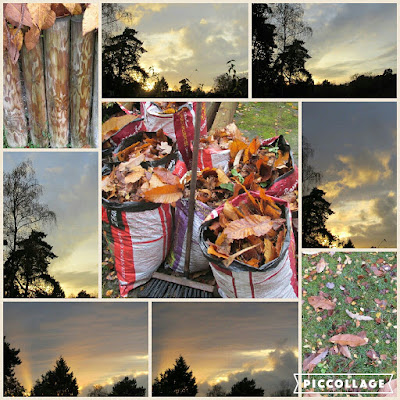 Eventually you'll have to clear them up as it all gets a bit slippy, much easier to do it when they are wet.

Email ThisBlogThis!Share to TwitterShare to FacebookShare to Pinterest
Labels: Garden

What's in the Bag?

You've just caught me, I've just got back from the shops.  Would you like to see what I bought? 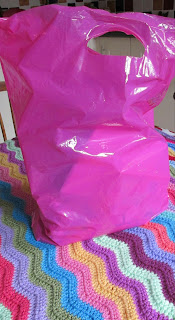 I couldn't resist picking up a few of these pretty leaves whooshed down in the wind.  Passing the park, in the cold and wet, an exercise class was hard at it on the grass again. They must be keen. 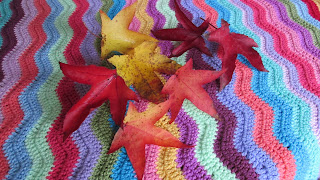 It's beginning to look a lot like Christmas, time to write a few cards for overseas.  I liked the look of these woolly stockings. My fairlisle knitting gets too tight, there wouldn't be enough room for the presents! 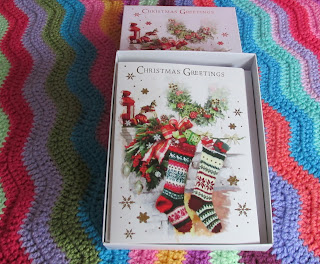 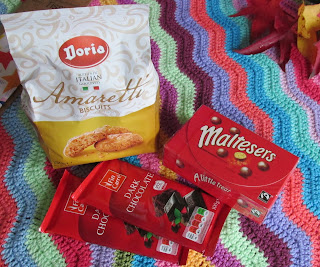 This pretty tissue paper was irresistible! 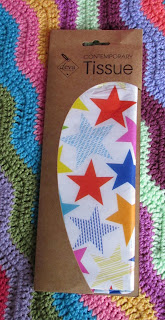 Last year I forgot to get a few chocolate baubles for the tree, so these were snapped up in case I do it again. 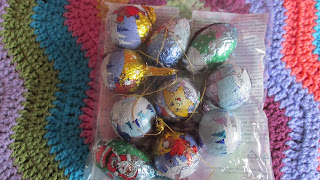 Here's a pretty festive scarf which will make a nice change. 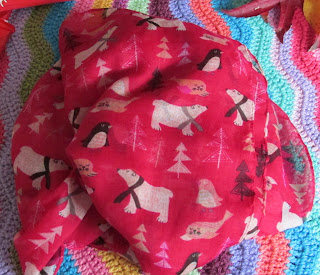 A quick visit to the library resulted in a few leaflets on activities nearby. It seems a public consultation is being held with regards to the use of libraries in the area.  Here's a link to the consultation process, let's hope we don't lose our library. 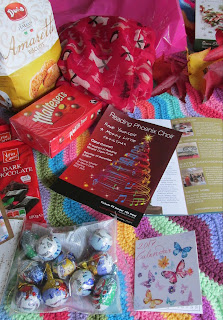 Walking back from the shops, this colourful sign caught my eye. 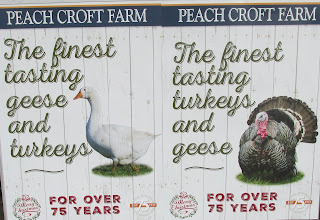 It's all a bit gloomy weather-wise so all this pre Christmas cheer was very welcome. 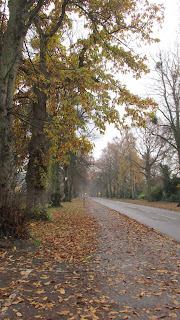 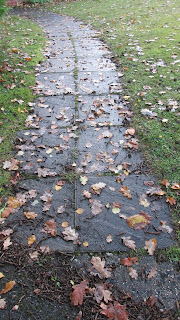 Email ThisBlogThis!Share to TwitterShare to FacebookShare to Pinterest
Labels: Christmas

Thanks for visiting, always great to have you along.

Since my last potato post, I expect you have been waiting with bated breath to see the produce of the second compost bag that had a potato planted in it in the Spring. I know I have!

A teeny bit disappointing on numbers but still a few meals' worth.  I've included the very last of the peppers for a bit of added glamour and those little green things at the other end of the line are actually potato apples that are produced on the stem near the leaves of the potato plant.  These are highly poisonous and should not be eaten as potatoes are related to deadly nightshade so after the photo they were placed in the refuse bin.

Email ThisBlogThis!Share to TwitterShare to FacebookShare to Pinterest
Labels: Garden

This week's art talk was about the paintings of Paul Nash relating to the exhibition at Tate Britain. I'm really enjoying these talks and have one more left to look forward to. Here are a few notes I made.

Paul Nash, born 1886 in London, came from a supportive middle class background, destined for the Navy to follow in his Grandfather's footsteps but found this didn't work out and left. He started with black and white pen and ink illustrations attending Chelsea College. His mother fell mentally ill which affected him deeply and he developed a concern with death throughout his life. His family moved to Buckinghamshire to aid her health so he commuted and while cycling used to have visions.


He started exhibiting his work in 1912, mainly landscapes as he hated life drawing. He met critic Gordon Bottomly and Sir William Blake Richardson who encouraged him. He went to the Slade where he met Ben Nicholson. He married Margaret Odeh before the war but was a philanderer however his wife was a pillar of strength throughout his life.

During WW1 he was in the TA, was called up and sent to Ypres at a relatively quiet time, he appreciated the arrival of Spring on the desolate landscape but fell in a trench and was sent back to London with a broken rib. While invalided, the majority of his unit were killed. He exhibited work from sketches in the trenches and became an official war artist in 1917 on his return to the trenches where he was supposed to portray the heroism of war but became disillusioned by the unspeakable conditions and showed the devastation and was dropped. He first started using oil paints in 1918.

Between-wars, he was ill, had financial difficulties, travelled looking for sources of inspiration and experimented with surrealism. He loved the South of France for the fabulous colours and thought Giorgio de Chiroco a visionary as he created metaphysical, impossible settings.


In WW2 he became a war artist attached to the Air Ministry in order to paint the machines (monsters). His health got worse and he started to take photos to aid his work. He had a different attitude to the previous war.


After the war his paintings revert to places he enjoyed before like Wittenham Clumps. He died in 1946.

The exhibition is divided into his recurring themes - trees/war - changing world/places/room and book/unit 1/unanimated objects/surrealist exhibition of 1936/aerial/equinox. Nash was influenced by Dante Gabriel Rossetti, William Blake and Samuel Palmer.  He references the sun, moon and seasons, trees as living beings, saw water as the enemy of man as he nearly drowned when young and he always wanted to fly.

All photos have come from the internet and there's a lot more detailed information available.