I'm joining Judith for Mosaic Monday today, do follow the link to see all the other posts from all around the world.

My mosaic this week is of a very pretty town in East Sussex - Rye. Many years ago it was surrounded on three sides by the sea and was full of merchants, pirates and smugglers but nowadays the sea has retreated to give views over Romney Marsh from its perch at the top of the steep cliffs.

Among the places of interest are the Ypres Tower built to protect Rye, which was a Cinque Port town,  from French invaders. It was then used by John de Ypres as a residence which is where it gets its name from, later became a prison and now houses the town museum.

The Church of St Mary dates from 1150 and has one of the oldest working clocks in Britain and some lovely stained glass.

The Landgate built in 1329 was at one time the only entrance to the town.

Hidden in a street near the church is Lamb House, now National Trust, which was owned by both Henry James and E. F. Benson who wrote the Mapp and Lucia books and based his fictional town of Tilling on Rye. In fact, the recent TV production of the books was filmed in the town.  Paul Nash, the artist, also lived in Rye.

However, it is the cobbled streets full of colourful quaint houses that are the real attraction, especially Mermaid Street which has the famous Mermaid Inn, the headquarters of the notorious Hawkhurst gang of smugglers. 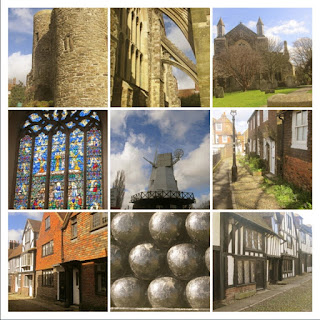 While we were exploring, we found a café, Knoops, serving delicious hot chocolate to your own specification from different strengths of chocolate and added spices. Yum! 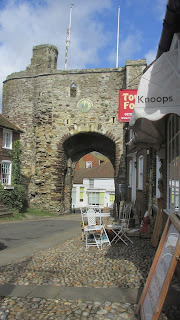 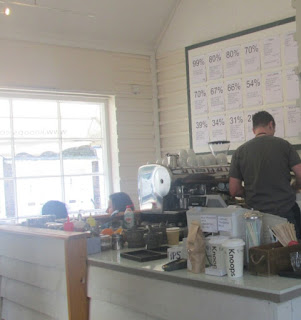 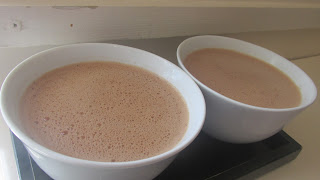 I hope you've enjoyed a little wander around this pretty town.

Email ThisBlogThis!Share to TwitterShare to FacebookShare to Pinterest
Labels: Hastings