Catherine of Aragon and the Ridges

King Henry VIII, famous for having six wives, had an older brother, Prince Arthur. He was born in 1486 in Winchester and was the first child born following the uniting the Houses of York and Lancaster under the Tudors. His father Henry VII was fascinated by the legend of  King Arthur of Camelot and sent his wife to Winchester to give birth as this was the spiritual home of King Arthur and the Round Table.

Marriage talks were held with Spain to arrange a marriage between Prince Arthur and Catherine of Aragon, which were finally settled in 1500, to provide political advantages for both countries.

Catherine arrived in England for the wedding in  November 1501. King Henry VII was out hunting in Finchampstead, at that time part of Windsor Forest, with his two sons when he heard the news that she had arrived at his Palace in Dogmersfield not far away. Legend has it that an outing was arranged to the Ridges where Prince Arthur was able to glimpse his future bride even though the Spaniards  advised against it. This was considered very bad luck and indeed Prince Arthur went on to die at Ludlow Castle in April 1502, five months after the wedding, due to a sweating sickness aged only 15 and never became king. He is buried in Worcester Cathedral.

With the alliance between the two countries being such an advantage, Henry VII wanted his second son Henry to marry Catherine, which he eventually did in 1509, after he became King Henry VIII.

After 18 years of marriage, when Catherine was past child bearing age and the sole surviving child of six born to them was a girl - Mary, Henry began to look at marriage to Anne Boleyn to hopefully produce a male heir. The fact that Catherine had been married to his brother, which was against canon law - the Pope having previously given a dispensation,  became his reason for seeking an annulment of his marriage. Catherine, however, continued to maintain that her marriage to Arthur had never been consummated. Seven years later in 1533 Henry made himself Head of the English Church and the marriage was finally annulled.  Have a look here for more details.

That's a brief outline of the momentous events at the time, so I was quite surprised to find locally a plaque in Longwater Lane Finchampstead which commemorates some of these events. Hopefully you can zoom in on the photo to read the words. 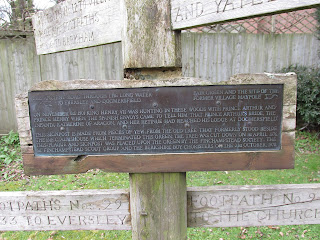 The Ridges is owned by the National Trust and consists of an area of woodland and heather with views over Berkshire, Hampshire and Surrey incorporating a steep drop or steep climb depending which way you are walking! 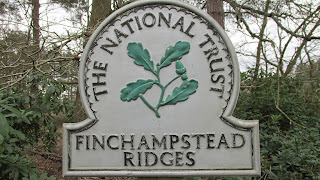 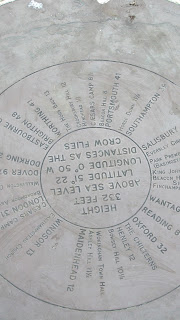 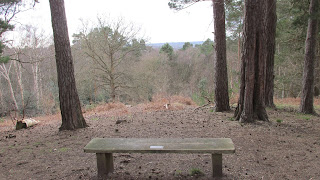 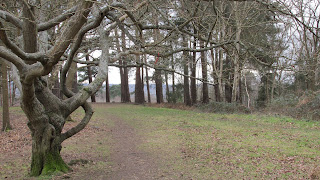 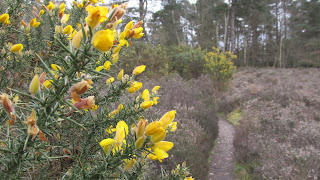 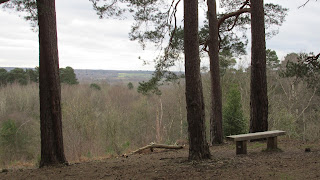 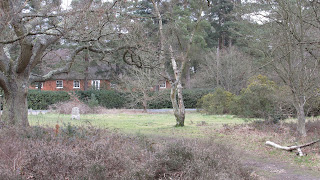 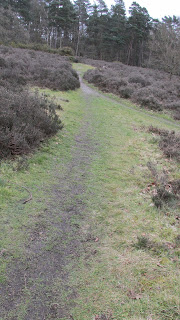 If Prince Arthur had become King, the whole course of English History would have been quite different.