I'm afraid you are going to be bombarded by a series of posts about our trip to Worcester, hopefully you will enjoy them! I'll start off with two impressive buildings, the Guildhall and the Cathedral.

The Guildhall dates back to 1721 and the Assembly Room on the top floor was pronounced as 'a handsome room' by King George III when he visited with Queen Charlotte and three of the princesses in 1788.  I have to say we did agree with him.  We were surprised that we could just enter the building and wander round without buying a ticket or letting anyone know we were there. 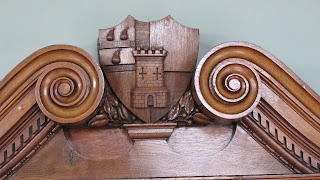 On the ground floor things that caught our eye were the boards displaying the names of the honorary Freemen of the city including Lord Nelson, Sir Winston Churchill, Sir Edward Elgar and William Morris later Lord Nuffield, whose house we visited earlier in the year, the leather fire buckets which were to be used if a fire broke out and a scolds bridle used to punish women who were spreaders of scandal or who disturbed the peace with their disorderly conduct. 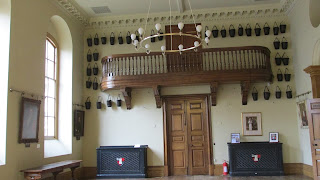 Upstairs were the spectacular Assembly Rooms, covered in paintings of Royal visitors. 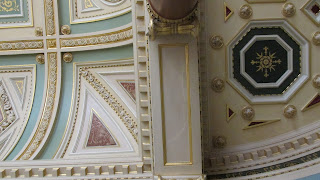 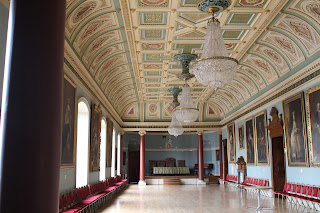 Outside the walls are adorned with statues of Charles I, Charles II and Queen Anne. 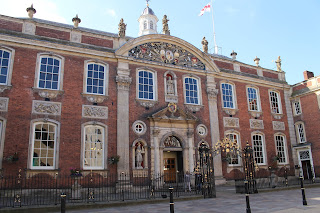 Just along the road from the Guildhall is the Cathedral which overlooks the River Severn, the present building was started in 1084.  It was one of the most important monastic cathedrals in Anglo Saxon times, a centre for learning.  It suffered a lot of damage during the Civil War and was extensively restored by the Victorians, following plans by W.A. Perkins and Sir George Gilbert Scott. 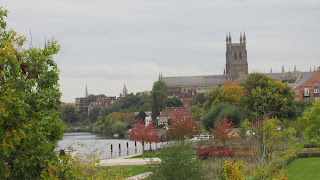 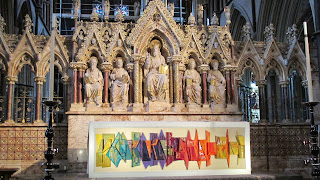 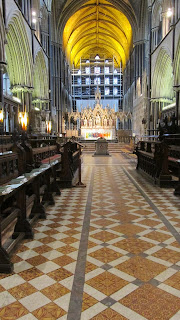 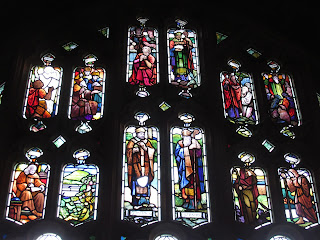 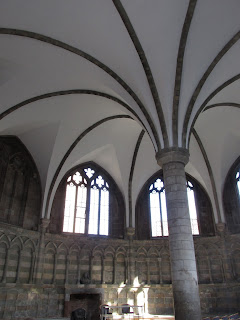 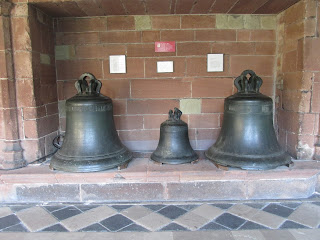 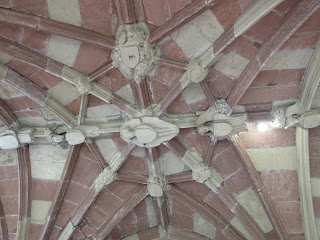 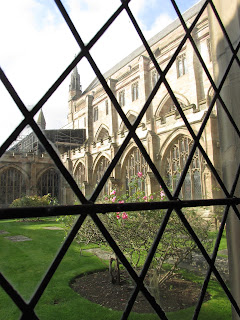 King John of Magna Carta fame is buried there, following a request he made in his will which is held in the Cathedral library. The figure of King John on his tomb is flanked by two bishops, St. Wulfstan and St. Oswald. 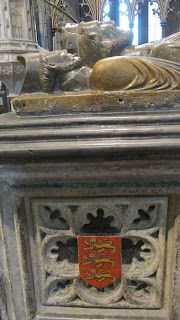 Arthur, Prince of Wales, Henry VIII's elder brother, is also buried there.  He died at Ludlow Castle before succeeding to the throne. The fact that Henry VIII's brother was buried in Worcester Cathedral saved it from being completely destroyed during the Reformation.

Prime Minister Stanley Baldwin is also buried in the Cathedral. 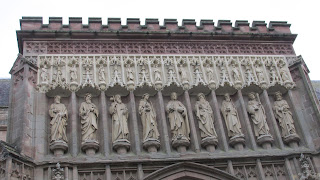 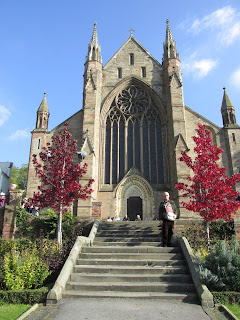 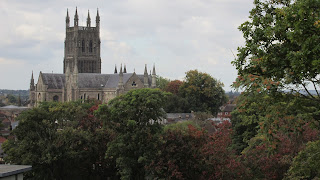 Two beautiful buildings start the tour. Tomorrow we'll be off to the hills.

Email ThisBlogThis!Share to TwitterShare to FacebookShare to Pinterest
Labels: Worcester