I've been mooching around Guildford again!  Having bumped into some friends, they happened to mention the Roof Garden on top of the House of Fraser store.  It was no good - I had to investigate.

After escalating up six or seven flights, I emerged in an Alice in Wonderland themed restaurant, all pretty in pink and blue.  Trying not to notice the cakes, I slipped through the door to the great outdoors. 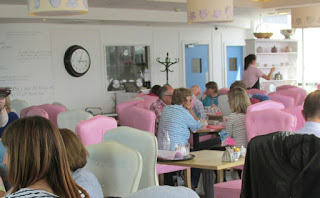 The rooftop was flooded and a Japanese style garden spread out before me with the fantastic views over Guildford in the background. 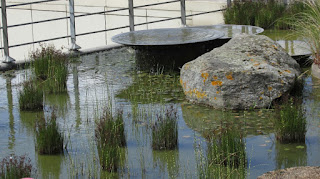 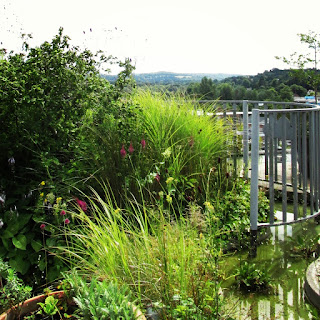 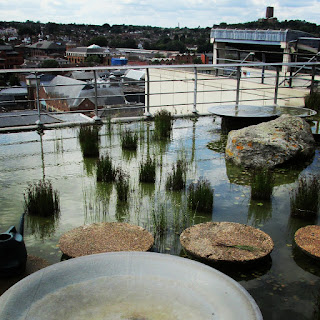 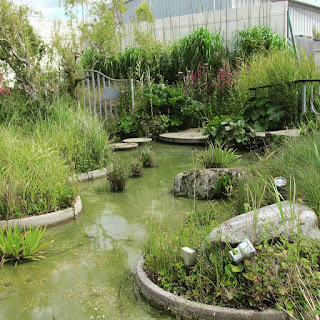 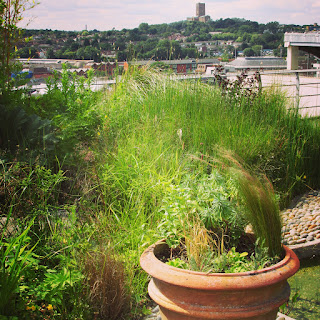 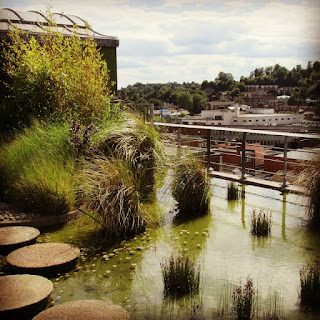 It was originally planted in 1958 by Sir Geoffery Jellicoe to symbolize the flight of the first sputnik but it was redone on a smaller scale in 2008.  The gardener was busy in the water when I visited and I don't think my photos do it justice.  If you are nearby anytime, why not pop up and have a look.

Email ThisBlogThis!Share to TwitterShare to FacebookShare to Pinterest
Labels: Guildford