Welcome to another Five on Friday via Amy's blog.  Why don't you dip into the lives of the other contributors by following the link.

Thank you for your kind messages on my other posts.

Today, I thought I would give you five reasons to visit Winchester in Hampshire.

1. Winchester used to be the Capital before London took over.

King Alfred The Great became King of Wessex in 871 and made Winchester his Capital. He laid the foundations for a united England. It remained the seat of Government until the 12th Century when Winchester declined and was replaced by London.  There is a memorial to King Alfred by Tracey Sheppard on the site of Hyde Abbey where it is believed his body and that of his family were buried.  Last year part of a pelvic bone found on the site was confirmed as belonging to either King Alfred or his son Edward. There were all sorts of twists and turns to this discovery, here's a bit more information. 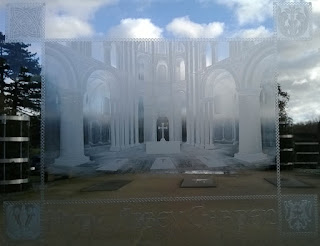 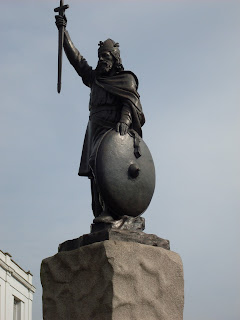 At one time it was the most important royal church in England, many early monarchs are buried there.  Mary Tudor married Philip of Spain there.  It is also the burial place of novelist Jane Austen, who lived very close to the Cathedral at the end of her life. The Cathedral cafe is particularly good. 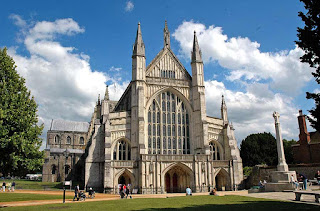 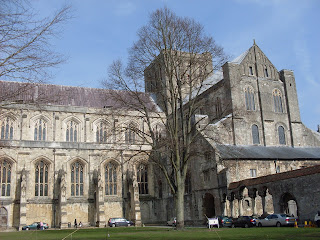 3. A lovely walk along the River from the town to the Hospital of St. Cross

The Hospital of St. Cross has a large chapel and almshouses which were on the pilgrim route to Canterbury.  It has a wayfarers dole of ale and bread which is still in force today, so if any traveller asks for some bread, they are obliged to give them some!  Mind you they do have a tearoom! 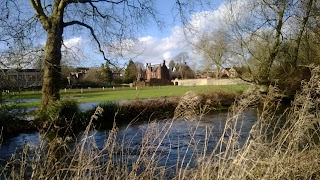 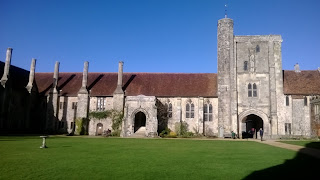 Only part of the Castle is still standing but the Great Hall houses the fabled King Arthur's Round Table made for Edward I  but which was painted for Henry VIII with all the Knights' names round the edge.  The hall has very interesting stained glass windows. 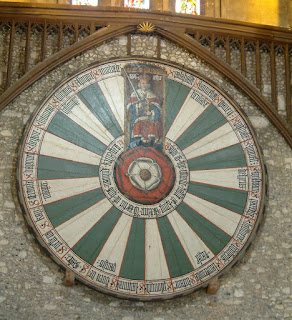 The Mill is owned by the National Trust and is a rare example of an urban corn mill situated on the River Itchen right in the middle of town.  It still mills corn and the flour is on sale in the shop.  There are hands on activities available. 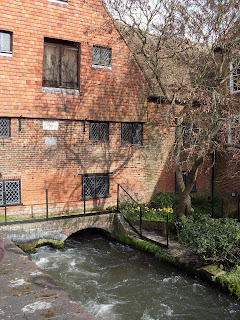 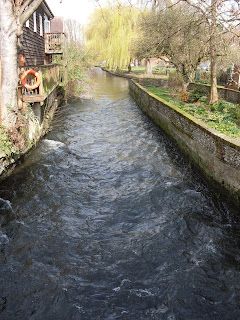 As well as the above, the town has all the usual amenities, a number of museums plus the ruins of another castle - Wolvesley Castle and we particularly enjoy the exhibitions which take place in the library.

So all in all it's packed with things to do!

Have a good week. It's been great to have your company.

Email ThisBlogThis!Share to TwitterShare to FacebookShare to Pinterest
Labels: Five on Friday, Winchester