Next on the agenda, following on from yesterday's Cathedral visit, were the Museum and Galleries.

Guildford Museum is a small charming local museum in a higgledy-piggledy old building with archeological, social history and local trades exhibits.  One room is full with a model railway of Guildford station from the 20s, there are items on Gertrude Jekyll and Lewis Carroll who lived in the area.  I enjoyed the textiles - samplers, smocked dress and embroidery, even a crochet book for a shilling, sadly under glass. 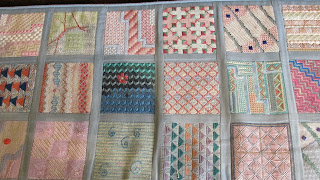 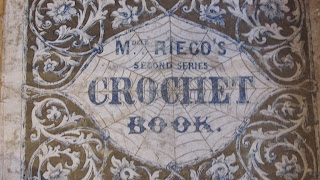 Walking up the cobbled High Street, you can't fail to notice the clock of the Elizabethan Guildhall.  It is on the site of a medieval Guildhall from the 1300s,  Queen Elizabeth I visited in 1589.  I couldn't visit, however, as it is only open on Sundays at the moment but in August the public will be able to visit during the week. 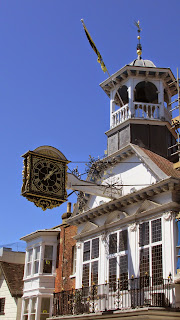 A little bit further up the High Street is the Tourist Information Office which has a real secret.  Guildford House is a 1660 house that originally belonged to the Childe family. John Childe was a London Attorney and purchased the land between the Crown Inn and the Castle Inn plus buildings including a barn and stables in 1659 for £100.  He married Olive and they had three children - John, Leonard and Olive.

Nowadays though, the house upstairs is an Art Gallery with ever changing exhibitions.  The rooms are beautiful, the staircase a treat and even the glass in the windows is of the old wibbly wobbly kind.

Downstairs in the basement is a lovely cafe that leads out to the courtyard and marquee and next time I will definitely stop here for my refreshments.  There is also a craft shop selling cards and all sorts of handmade items, I particularly liked their felt creations.  I can't believe I've never been here before!


Further up the High Street is George Abbot's Hospital.  The door was open, I couldn't resist a peep at the almhouses within.  Set up in 1619 by George Abbot who came from the town, the Hospital provided housing for 8 single ladies and 12 single gentleman of the town.  They wore distinctive blue gowns and were expected to attend chapel twice a day as well as the Church across the road.  It was built along the lines of an Oxford college from the finest materials.  George Abbot was a rich man who wanted to devote some of his wealth to help others.  He attended Oxford University and was Vice Chancellor three times, rose quickly in the Church of England and was involved in translating the gospels for the King James I bible.  He became Archbishop of Canterbury in 1611. 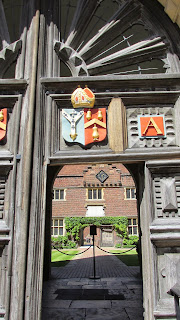 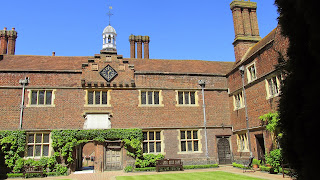 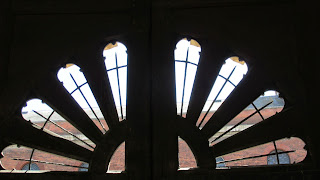 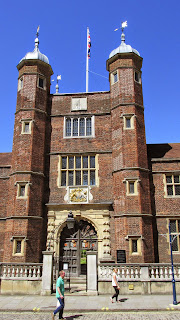 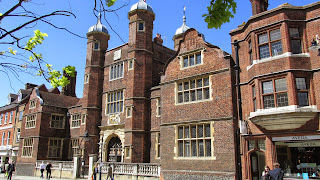 It is still used today as private housing, but tours take place on certain days between May and September at 11 am.  I will have to do this next time!

There is still one more post about Guildford to come!