I went to a talk by a representative of an Heir Hunter company who try to trace all beneficiaries linked to unclaimed estates belonging to those who have died without a will.  Here are my notes.

A list of these estates are published by the Government Bona Vacantia Division on their website which is released every day sometime between 8 am and 5 pm and is freely available for anyone to view.  New cases are added to the list every day and these stay on the list for up to 30 years until a link to a beneficiary can be proved.  If nobody is found, the assets go to the Government.

If someone was to spot a relative on the list, the order of entitlement in which claims can be made is - spouse, children, grandchildren,  parents, siblings and children, half blood siblings and children, grandparents,  aunts and uncles and their children and half aunts and uncles and their children although if the deceased was an unmarried only child with no children, you can only go back as far as the grandparents.

There are numerous companies who undertake the work to trace beneficiaries - there are 10 large properly set up companies as well as 30-40 small or one man bands, anyone can set themselves up, but it can be quite a task to do the work from the often scant or even misleading information held on the lists and everything has to be undertaken in a legal manner.  Some cases can have as many as 87 beneficiaries for example. A probate genealogist is usually cheaper than using a solicitor.

The deceased has to be referred to the Bona Vacantia Division to go on the list, this referral can be made by landlords, councils, banks, a neighbour or whomever knows that the deceased had an asset - money, house and contents, shares, anything with a vale of over £500.

Typically between 0 and 94 cases are added each day to the list with there currently being 8,000 cases on it at the moment.

The Heir Hunter companies  look at the list each day and choose which cases they want to work on and will make a start at tracing descendants using the genealogy websites.  They send out letters or telephone the descendants they have traced and try to secure a contract with a beneficiary before another company or individual does.  If letters are received, potential beneficiaries should check carefully that the company sending them are legitimate before signing anything.

In order to be able to take the case on, the contract plus 2 forms of ID from just one of the beneficiaries has to be submitted to the Government and if approved, that case will be deleted from the list.  It could happen that several different firms representing different beneficiaries from the same case could be involved, in which case they have to work together with one appointed as Administrator,  effectively acting like the Executor of a will.

The Administrator takes ownership of the assets prior to probate, this can be a house, the contents, car, photos, a boat, whatever has been left.  These items have to be dealt with - stored, cleared and sold. 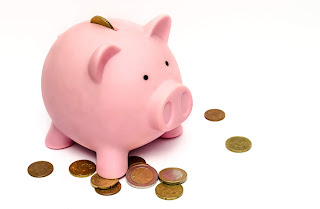 All beneficiaries have to be traced before probate can be granted and the estate can then be disbursed amongst the beneficiaries.  Only then do the firms get their percentage of the money collected from the estate.


It all sounds like a huge, emotional task but the stories of the individuals involved must be really interesting.   If you'd like more information about this, here's a link to the Government website.

Email ThisBlogThis!Share to TwitterShare to FacebookShare to Pinterest
Labels: Talk