It's amazing what you can fit into a couple of days, even without a car!  Newcastle's Metro began operation in 1980 and was the ideal mode of transport to get us to the seaside at Tynemouth, the mouth of the Great 73 mile long Tyne River, so vital for the coalmining and shipbuilding industries.  There was none of the crush of London's tube and we were there in about 20 minutes, arriving at a glorious station obviously used to hoards of visitors, possibly for its weekend markets and which looks a lot older than it is.  I found some street art too. 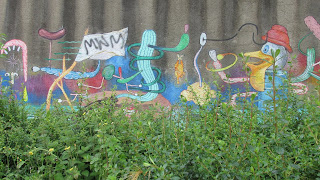 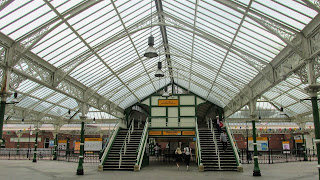 The pretty town was festooned with bunting. 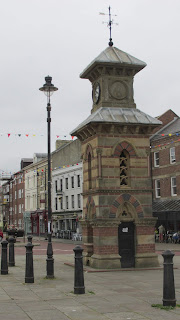 Surprisingly, the church had been turned into the Green Ginger Arcade full of shops and cafes. 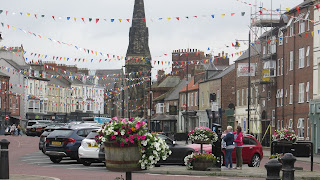 At the end of the street, the grassy moat leads up to the motte where the 7th Century Castle and Priory sit, right on the coast. Three Kings have been buried there - Oswin, King of Deira (651), Osred II, King of Northumbria (792) and Malcolm III, King of Scots. 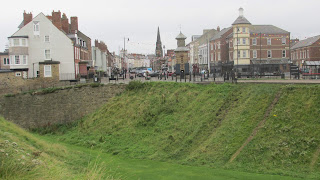 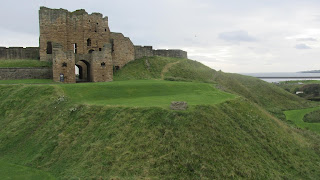 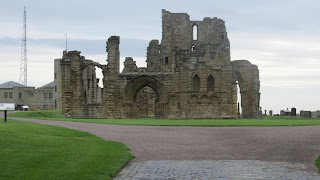 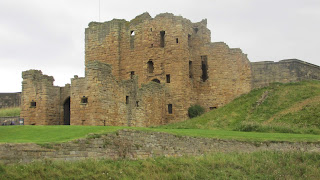 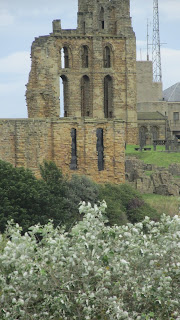 There are fabulous wide sandy beaches and a pier complete with lighthouse.  It's my kind of pier made of solid stone with none of those gaps you get with wooden slats.  It took 40 years to build. 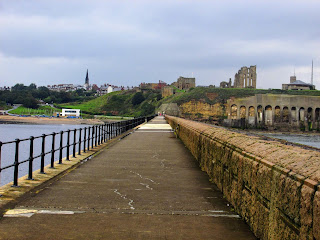 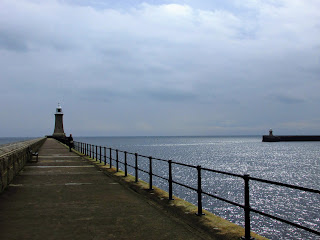 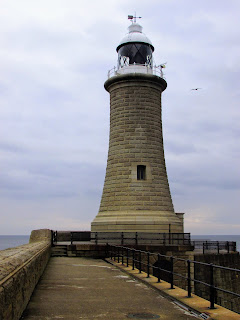 You can see four lighthouses, in fact, the red and white one in the distance is the National Trust's Souter Lighthouse at South Shields. 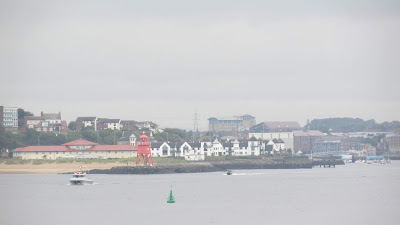 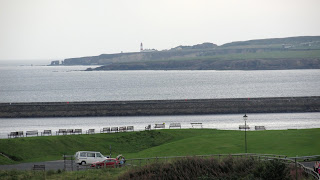 Looking back at the land, a monument to Lord Collingwood, who was Nelson's second in command at the Battle of Trafalgar and is buried at St Paul's Cathedral in London, surveys the sea from his tall column, flanked by four canons from his Ship The Royal Sovereign and a seagull (there's always one!) 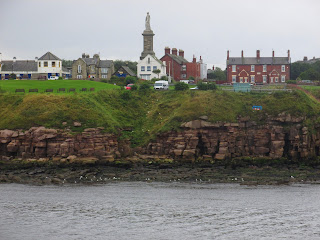 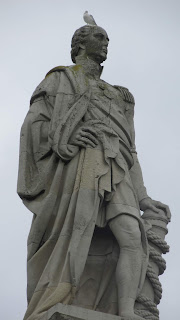 A couple of other famous names who both attended the Kings Priory School, previously known as the Kings School, were Stan Laurel and Ridley Scott (not at the same time though!) and Giuseppe Garibaldi also visited the town.

Luckily,  there's an excellent path along the River to North Shields which we'll take next time as we watch the large ships enter the River and head off down the Tyne. 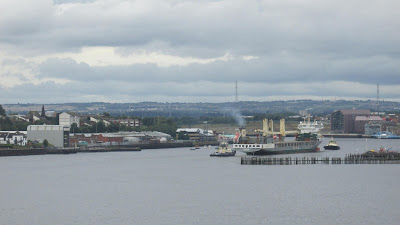 Email ThisBlogThis!Share to TwitterShare to FacebookShare to Pinterest
Labels: Tynemouth