Having spent a couple of days in Newcastle, my five this week gives a glimpse of the City away from the river and old town.

1.  Central Arcade - built in 1906 through the triangular Central Exchange building, the arcade is decorated with faience by Burmantofts - mustard coloured tiles. 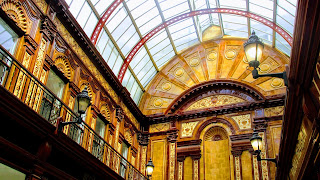 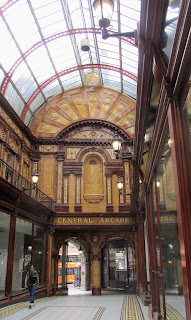 2. Grey's Monument and Eldon Square - the statues in the area are particularly prominent with their tall columns. Charles, Second  Earl Grey of the tea fame is remembered in Eldon Square due to his passing the Great Reform Act of 1832.  It was paid for by public subscription.  A new head was made in 1947 when the original was struck by lightening in 1941. 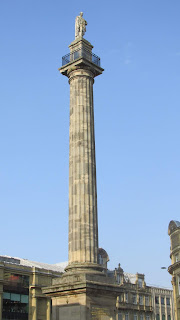 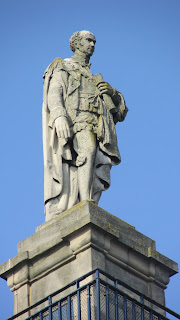 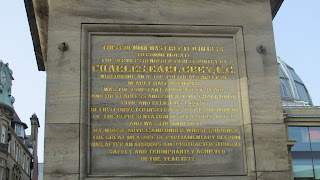 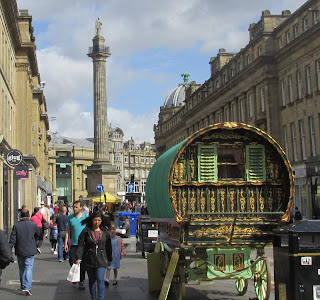 There are some beautiful buildings around this area as well as an enormous modern mall intu Eldon Square, apparently containing the largest Boots in the country as well as an excellent range of shops. 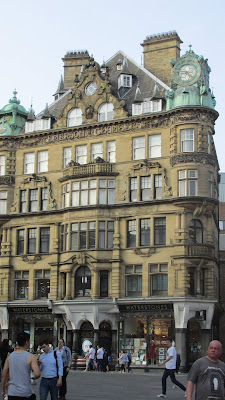 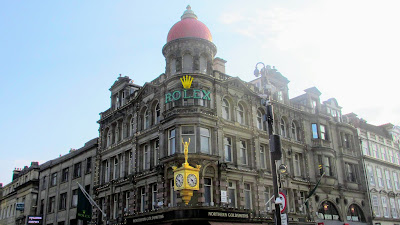 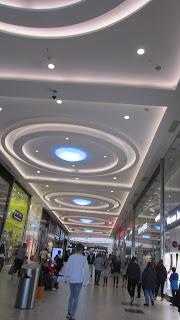 3. Universities -  there are two universities within the City - Newcastle and Northumbria - complete with a large variety of buildings, accommodation and facilities.  It must be a very busy place when all the students are back after the Summer break. 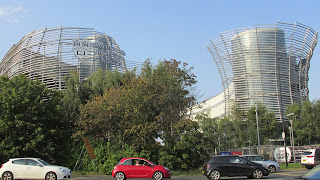 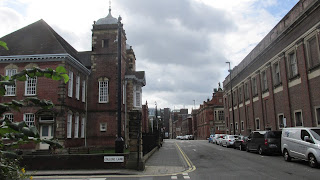 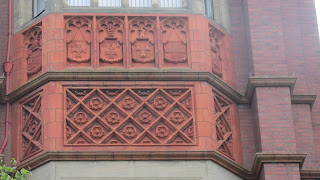 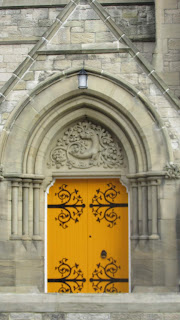 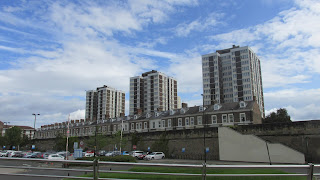 4. Laing Art Gallery - a selection of paintings, together with an exhibition of achievements of artists and manufacturers from the North East of England can always be enjoyed with special exhibitions too.  For us, they were Portrait and photographs by Chris Killip of The Last Ships made on Tyneside, which, in black and white, were totally atmospheric showing the Great big ships being made at the bottom of residential streets and it was only in the quips, so not that long ago. 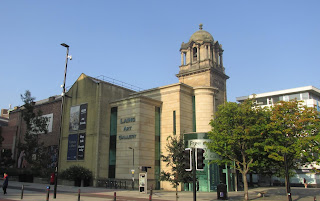 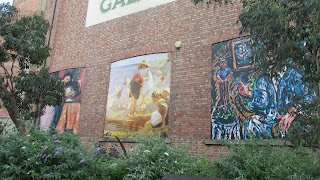 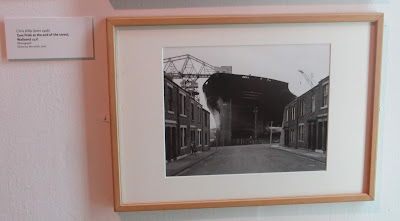 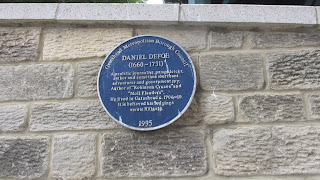 Fancy having seahorses on top of the Civic Centre tower!  Newcastle's coat of arms has two seahorses as well and they signify the City's history as a sea port.

That was a  bit more than five really, wasn't it!