The River Thames from Cholsey to Wallingford

Hardly a week goes by without me showing you a stretch of the River Thames!  This week is no exception but this is the Thames at Cholsey.  Only a small village really, Cholsey is best known for being where Dame Agatha Christie's grave (under her married name Mrs Mallowan) can be found in St Mary's Church and Poet Laureate John Masefield lived at Lollingdon Farm.

On certain days during the year, there is a Heritage train service from Cholsey to Wallingford but on other days, there's a bus or you can walk.


From Cholsey station, it's only a mile walk down Papist Way until you reach the Cholsey Marsh and the Thames Path next to the River.  A haven for wildlife, the marsh is quite rare due to the effect of draining by farmers in other areas.  Apparently rare Desmoulin's whorl snails can be seen here as well as kingfishers although I can't say I noticed them.

It was a joy to see the fields too complete with cow's too intent on eating to chase us. 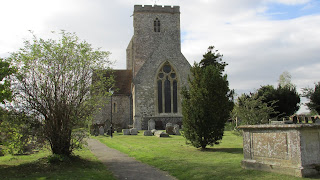 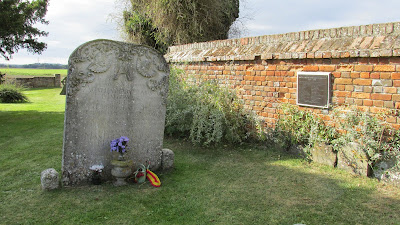 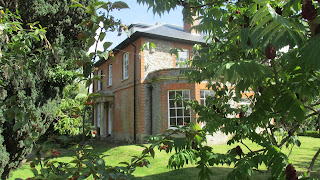 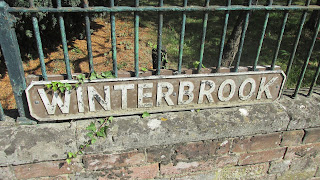 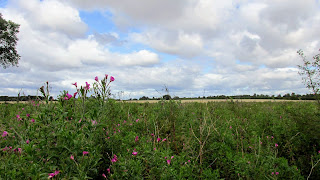 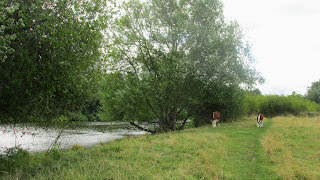 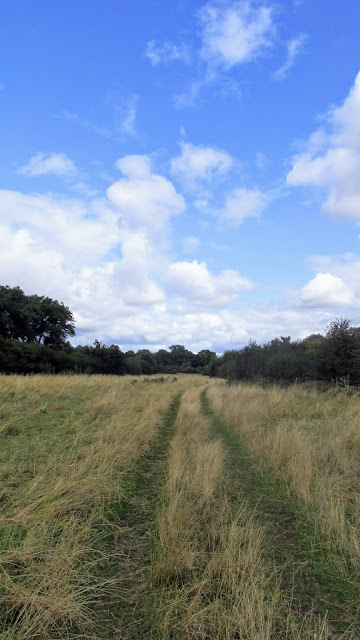 Every now and then the River appears and it's quite busy with numerous boats going past. 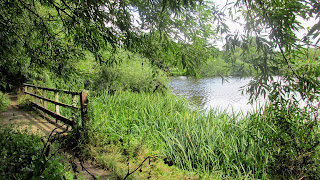 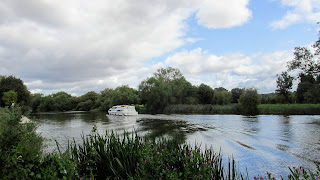 The wildflowers  have taken on a late Summer appearance. 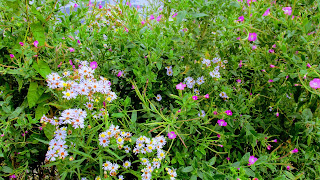 A boathouse across the River looks very old. 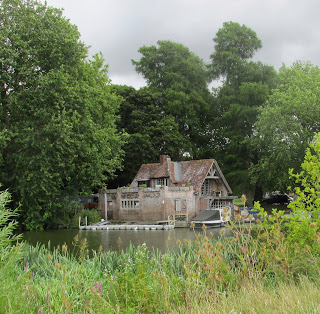 There's no sight of Wallingford in the distance but a clue to the fact that you're nearly there after 2 miles by the river, is the number of gates to go through whilst crossing the ends of private gardens. 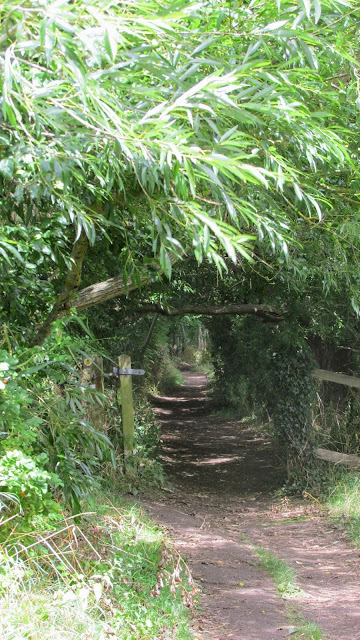 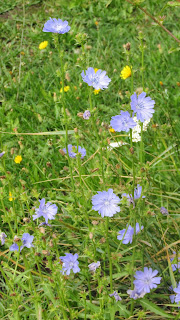 The Thames Path emerges in Lower Wharf in Wallingford and heads through the village for a while before heading back to the River and off in the Benson direction.  We'll be looking around Wallingford in the next few posts though.