Sorry I was so long, hope you weren't wondering where I was while you lurked in a field in North Warnborough. No bulls this time though.

Our footpath now leads us to the start or end of the Basingstoke Canal at the Greywall Tunnel.  Past the Tunnel to the West, is another five miles of Canal which has not been restored due to tunnel collapse or the obliteration of the canal on its way to the centre of Basingstoke.  The tunnel itself is 1200 m long and in the past, narrow boats would pass through, moved along by the bargemen lying on the roof of the boat and walking, with their feet on the tunnel roof, which could take as long as six hours. Six hours! Their horses, which had pulled the barges along the canal, had to be taken to a field on the other side and wait for the barge to pop out of the tunnel to resume their journey. Nowadays, the bats have taken over and it is one of the best bat habitats in Britain. 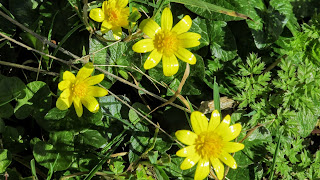 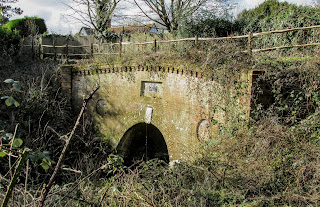 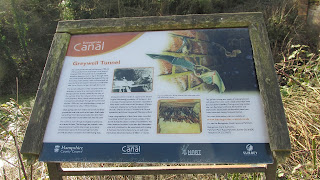 Chalk springs in the Tunnel fill the canal and give it an eerie appearance as the water is so clear, various plants grow in the dark silt looking like a submerged forest. 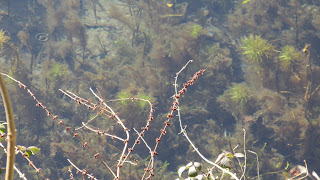 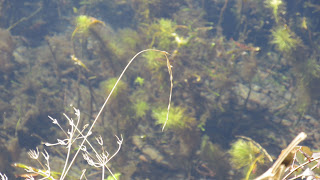 The reflections of the trees on the water overpower the underwater forest, giving an unusual effect somewhat wiped out by the camera view. 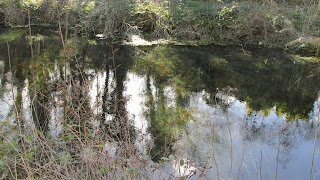 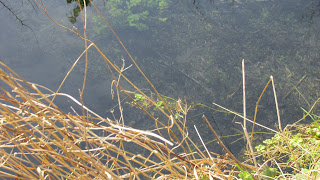 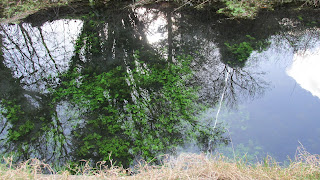 Over to our left we get another view of the houses we passed by the fields. 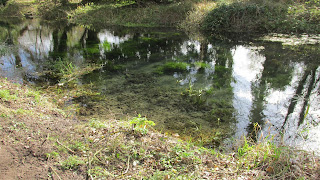 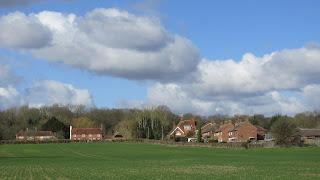 From the Tunnel to the small white buoys in the photo below, it is just not suitable for boats so the water is perfect for wildlife. 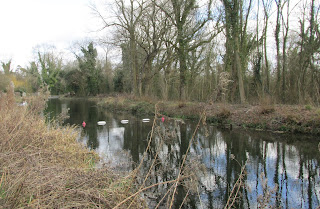 A few swans and ducks were enjoying a swim, although an excited dog was enjoying itself barking and charging at the swans, who instead of backing off as it had hoped, were advancing, hissing. Time to go, thought the owners. 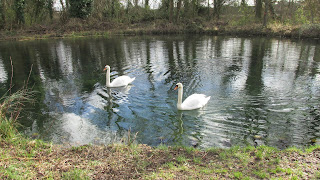 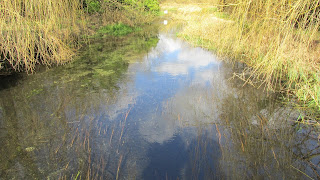 There's a big surprise hidden round the next corner. What could it be? I'll leave you in quiet speculation by the tranquil canal waters till next time.