Five on Friday - Part the Fourth

Welcome to the Five on Friday visitors joining us from the link-up on Amy's Love Made My Home blog. You are joining us on our walk along the Basingstoke Canal in Hampshire.

Last time, I left you wondering what we'd find round the next corner and I think you'll be surprised to find that it's a castle!

My five this week relate to the life and ruin of Odiham Castle.

It was built by King John, who may have ridden from there or Windsor to put his seal to the Magna Carta in nearby Runnymeade in 1215. A convenient stopover half way between Windsor and Winchester, it was built in 1207, completed in 1214.  It was one of only three castles that he built and the site was chosen for its good defensive position on a bend of the River Whitewater, which may have been modified, and 20 acres of land was taken from Robert the Parker. Documents survive outlining that it had square moats, banks and palisades were raised.  The Pipe Rolls record that over £1,000 was spent on the domus regis, king's house, over the seven year period. Various defensive improvements were made over the years. 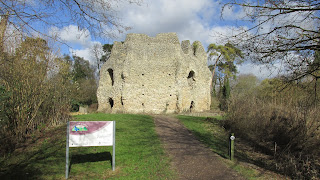 Two years after it was completed, it had to suffer a two week siege at the hands of the French but it went on to flourish in the 13th Century when it was home to King John's daughter Eleanor and her husband Simon de Montfort.  King Henry III, her brother, had granted her the castle two years before she married de Montfort, making them one of the most powerful households in the land. However, Simon became a leading member of the revolt against Henry and died at the Battle of Evesham in 1265 and Eleanor was exiled - the Castle returned to the Crown. 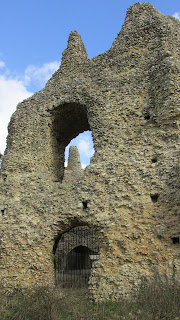 In the 14th Century, the castle played a part in the Despenser's Rebellion against Roger Mortimer and King Edward II's wife Queen Isabella of France, housed a sitting of Parliament and was a prison to a Scottish King, David II, for 11 years. 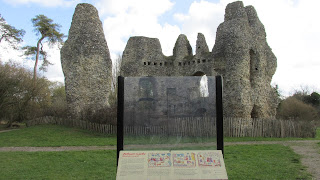 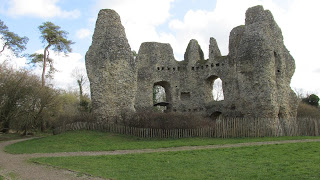 By the 15th Century it had become a hunting lodge and a ruin by the 16th. 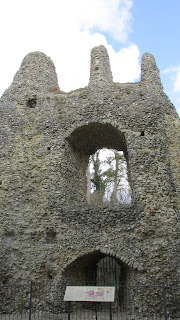 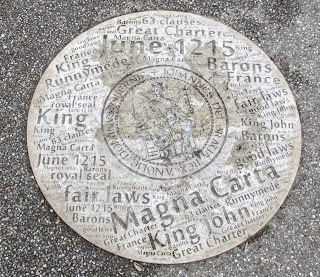 The Basingstoke Canal was built through part of its Bailey in 1792 and nowadays only the octagonal keep survives. It's  a great place to wander around and take in the atmosphere.

Our walk will continue along the towpath, you are most welcome to join us if you fancy. 😊

Have a great week.