It's time for a bit of crochet. In fact it's musical flowers as I experiment with a few photos in the garden. 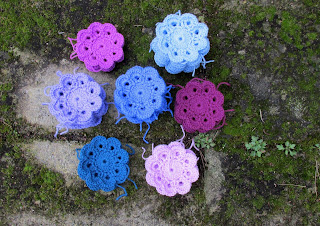 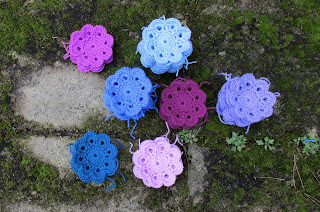 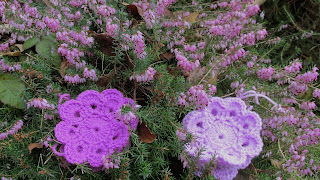 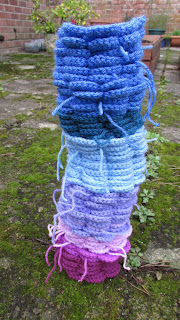 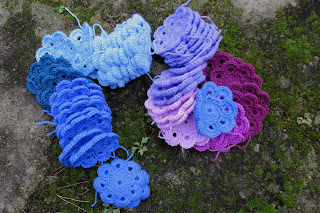 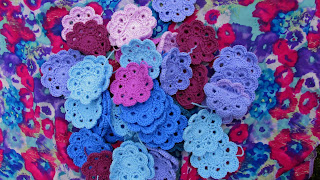 I'm going to convert the flowers into squares and then join them altogether but I'll have to buy some more wool for that.  The flowers themselves were so easy to make, even on a train and at the station. No eyes were poked at all.

Finally 8 trebles into each loop plus a slip stitch in between loops.

I've also used up some small lengths of wool on these tiny squares. 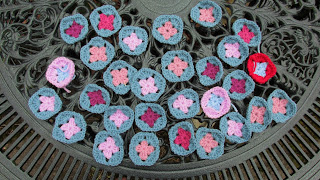 Also on the go is this colourful blanket which I showed you a couple of week ago. 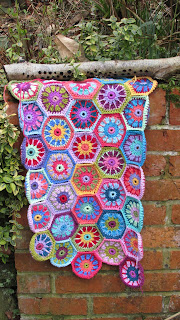 So a lot going on wool-wise and while I was in the garden I couldn't resist a photo of the daffs. 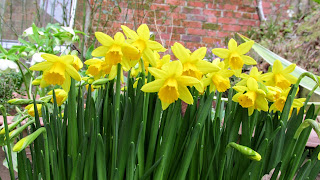