I trust that you are well and that you've had a good week. Amy has kindly linked us all together again, do have a look at what else has happened this week. 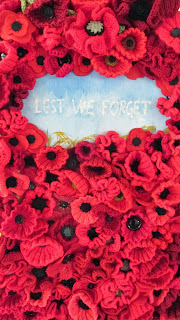 The significance of the poppy as a lasting memorial symbol to the fallen was realised by the Canadian surgeon John McCrae in his poem In Flanders Fields. The poppy came to represent the immeasurable sacrifice made by his comrades and quickly became a lasting memorial to those who died in World War One and later conflicts. It was adopted by The Royal British Legion as the symbol for their Poppy Appeal, in aid of those serving in the British Armed Forces, after its formation in 1921.

On my way to the shops the other day, I noticed that big poppies had been placed on the all the roundabouts again - and there are a lot of roundabouts. This started last year with it being the Centenary year of the start of World War I. It's lovely to see them back again and not just on the roundabouts too. 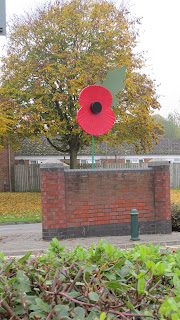 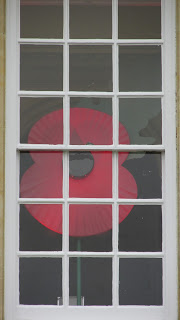 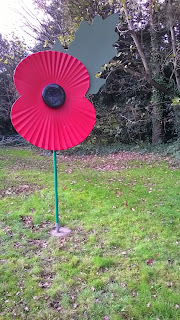 The stunning ceramic poppy display last year was at the Tower of London - Blood Swept Lands and Seas of Red by Paul Cummins and Tom Piper where 888,246 ceramic poppies were planted in the moat each one representing a fatality. They were all sold and raised millions of pounds which was shared between six service charities.

This year, thousands of poppies from the cascade or weeping window are being planted at St Georges Hall in Liverpool. 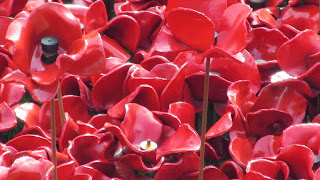 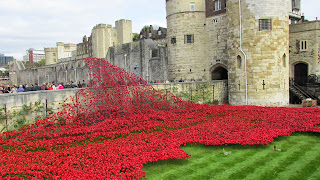 We were lucky enough to get one of the ceramic poppies so I have it on display for November. 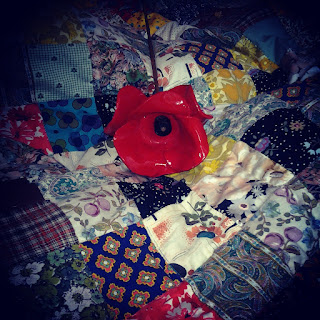 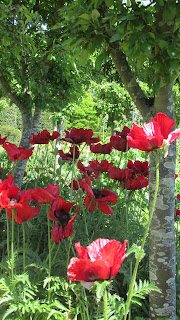 The real thing displayed magnificently in Loseley Park's garden, a memory of Summer.

Email ThisBlogThis!Share to TwitterShare to FacebookShare to Pinterest
Labels: Five on Friday